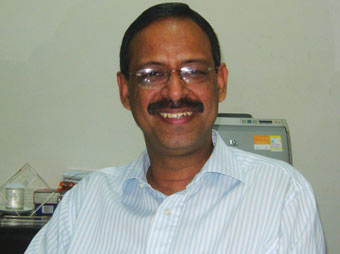 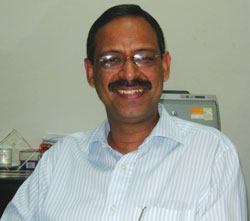 Anil Swarup, Director General of Labour, Ministry of Labour & Employment, Government of India,  has translated a dream into reality by conceptualising a remarkably innovative and dynamic policy – Rashtriya Swasthya Bima Yojana (RSBY). With its approach to implementation at variance with the past efforts, the scheme not only avoids the pitfalls of the earlier schemes, it goes a step beyond and provides a world class model. In an interaction with Dhirendra Pratap Singh, he shares his perspective on this unique health insurance scheme. He also throws light upon the role of IT in streamlining this scheme. Excerpts:

What are the remarkable achievements of RSBY in the recent years?

The scheme provides cashless treatment of up to Rupees 30,000 annually to a family of five at empanelled government and private hospitals through smart cards for a token annual premium of Rupees 30. The scheme initially targeted only below the poverty line (BPL) families, but is now being extended to unorganised workers such as coolies, rickshaw pullers and miners.

We are happy that use of smart cards became the basis of RSBY. Smart card technology helps in the identification of beneficiaries through biometric system. We have seen in the past that large number of schemes in our country have had trouble, because the beneficiaries were not clearly identified and there was no foolproof method of proper identification.

Rashtriya Swasthya Bima Yojana (RSBY) has generated greater demand from women who tend to neglect their health because of financial reasons. The scheme is being implemented almost by all state governments targeting universal coverage of the entire BPL population in India. Andhra Pradesh is implementing this scheme, despite its own insurance scheme Aarogyasri.

How has the implementation of IT helped in developing and facilitating various processes of RSBY?

RSBY is an IT enabled scheme. It will lead to healthy competition among public and private healthcare providers and lead to real improvements in health infrastructure especially in rural areas. When the person goes to a hospital for treatment, the data is verified with the data on chip and it enables the offline system. Smart called also helps to ascertain whether there is sufficient amount available in the card or not.

The strength of the scheme lies in the fact that it is a social welfare scheme, in which the profit made by the various stakeholders acts as a catalyst.

The smart card is portable and valid in all the network hospitals throughout the country. This ensures that all the migrant workers from the states of U.P, Bihar, Orissa and West Bengal are never denied medical attention even when they are working miles away from their homes.

As per current data, 28 million cards have been issued to poor families in 330 districts in 27 states.

How do you see the role of private sector to achieve the goals of RSBY?

The fact that private groups are interested in participating in RSBY by paying premium proves that the scheme is also a successful business model. The trend of private hospitals coming up in districts where there were none before – bolsters the view that government should move into healthcare financing rather than run hospitals. RSBY is today considered a successful public/private partnership model in terms of outreach and sustainability and may well become a precursor to other schemes in the social sector. I believe that RSBY model of public private partnership in the social sector can become a precursor to other schemes. This partnership is on display at villages where a team of technicians from a third-party associate, or subcontractor, of the insurance company, village health workers, the headman and district health officer work together to enrol villagers.

How do you see the future of such health insurance schemes in a nation like India?

This is the first time Indias power in IT technology is being used to run a national social security programme. RSBY is rated as one of the top 18 schemes by an international body; it has been also appreciated globally. It is appreciated by International Labour Organisation and G-20 labour ministers conference held in Washington. Under RSBY, the beneficiary has the flexibility to choose the hospitals, both in the private and public domain, anywhere in the country. He is not tied down to a delivery point as in case of almost all the public sponsored social welfare schemes. The National Rural Employment Guarantee Scheme (NREGS) ties him down to a particular project and the Public Distribution System (PDS) to a shop. The beneficiaries under these schemes have no choice. By giving the beneficiary a choice under RSBY, so that he may determine the delivery point, the beneficiary is empowered.

What are the challenges in implementing RSBY?

To reach out to the beneficiaries is a major challenge. Another, challenge is capacity building. We have seen some fraud cases during the implementation. We are taking care of those faults. In case of fraud control, everyday this data flows through the net. They are able to see the trend on daily basis. In this way they can verify that in which hospital what goes wrong. We can access data, analyse data and then take action.

What are your future plans?

The RSBY has started with below poverty line families and now it is going beyond BPL. It is extending to the street vendors. It has been extended to MGNREGA beneficiaries and beedi workers. Railway Ministry is going to extend this scheme to railway portals and postal department. I believe that RSBY is the first ever business model for social sector in our country. Actually, we must understand that fortunes can also be made by working for people at the bottom of the pyramid.