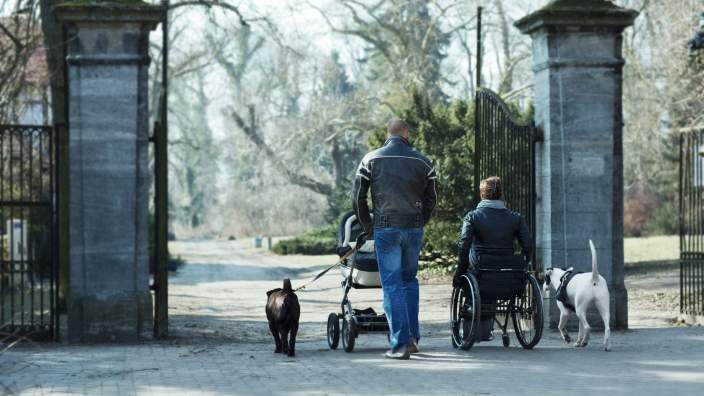 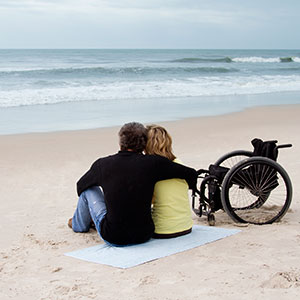 Rediscovering your normal sexual life after a spinal injury may be difficult, but it is not impossible, writesDr H S Chhabra, Chief of Spine Service & Medical Director, Indian Spinal Injuries Centre

A spinal injury can be the most devastating thing to happen to anybody. It can leave the person paralysed below the level of the injury. Thus, if the injury is in the neck, it leads to tetraplegia, i.e. paralysis of all four limbs and torso. If the injury is below the neck, it leads to paraplegia, i.e. paralysis of the two lower limbs and the torso below the injury. Being a part of the central nervous system, the health of the spinal cord has a bearing on the entire body. Not only is the power to move and sense affected below the level of injury, bowel/ bladder control and sexual functions also get affected. Spinal cord injuries are caused due to a fall from height, road traffic accident, violence or sports injury. Non-traumatic causes of spinal cord injury (SCI) include infection, such as tuberculosis (TB) spine and tumours.

Yet, fighting back is the crux of life and rather than resigning to the fate. Those with spinal injuries can be rehabilitated comprehensively in order to be as independent as possible according to their level of injury and lead a near normal life.

One aspect of spinal injury that does not receive much attention is its implication on the sexual health of the affected person, especially in Asian countries and India. Since discussing sexual health has always been a taboo in a large part of the Indian society, talking about this subject is often not encouraged, and patients continue to suffer in silence. Owing to the lack of education, knowledge and awareness, people tend to believe such patients to be bereft of sexual desire and need. However, the truth is, sexual activity is as important for a spinal injured as for any normal person. Sexual expression is a fundamental part of being human and an important component of ones identity and this is as important for a spinal injured.

It is important to understand that in case of patients living with anSCI, though sexual functions might change, they still remain active. In fact, a spine injury does not affect the level of desire, but the level of sexual activity in a person does get affected. Sometimes, this is due to the unavailability of a partner. At other times, it may be due to the reduced ability to exercise control over muscles. Sexual impairment also differs based on gender. Men are more affected due to affect on erection whereas women are less affected also because they are generally the more dormant partners, especially in the Indian society. However, the sexual impairment in a spinal injured can be overcome to a large extent by a good sexual rehabilitation programme and gradual practice.

It is highly important to instill confidence in such patients and talk to them openly about sexual health. There should be absolutely no taboo attached to it. Apart from loss of body movement and pain, SCI patients are also concerned about factors, such as attractiveness, relationships, and ability to conceive and possibly have children. While with time patients learn to live with their new body, and adapt to a changed life, they often remain clueless about their sexual health. Even during elaborate rehabilitation to help the patient restore some of the lost functions of the body, the issue of sexuality remains marginalised.

In case of an SCI, it is often easier for women to become a sexual partner than for a man not only due to anatomical reasons but also vis-Ã -vis the level of activity. Given the disassociation of sexual desire from women in conservative societies, such as India, 80 per cent of the time women in India are passive sexual partners, in that they do not initiate the act. Rediscovering sexual health therefore is easier for women than in men, and their main focus has to be on rediscovering sexual desire and ability to have intercourse.

In case of men, the issues that emerge are also related to erectile dysfunction, as well as retrograde ejaculation. Besides changes in their erectile response and ejaculation, orgasmic sexual satisfaction is also an area that is of concern for men with SCI. Additionally, concerns regarding effect on sperm quality and count have also been an area of concern. Erection can be restored in most spinal injured with the help of drugs, such as Viagra. Some others may require equipment, such as vacuum tumescence constriction therapy (VTCT) or penile prosthesis.

Sexual counselling and management is one of the most neglected aspects of SCI in the less developed countries. In a study done by the authors, it was observed that as high as 60 per cent of the patients with SCI and 57 per cent of spouses did not get adequate sexual counselling. Amongst the various factors for inadequate emphasis, the prominent ones are lack of awareness and cultural factors. Sexual relationship between husband and wife are mainly thought to be for begetting children. Discussion about sex is considered taboo. Sexual problems are not only common, but also are mainly related to ignorance, misconceptions and negative attitudes towards sex in general and cultural taboos in particular. Other sociocultural factors affecting sexuality include the sexual attitudes and values of parents and others that sex is dirty and the double standards of behaviour for men and women. Women are in a disadvantageous position compared with men.

In our study, the frequency of sexual activity for people with SCI in India was found to be less as compared with those in developed countries. The majority of patients rate their current sex life as worse compared with preinjury levels. This may be due to the complications of SCI, partner dissatisfaction, less partner cooperation during sexual activity, lower self-esteem and inadequate sexual rehabilitation after injury. Fewer partners are satisfied compared with those in the western literature. Females report lack of sexual satisfaction more often compared with males. The most common reason cited for this was the popular cultural belief that having sex with an ill female is against norms and can transmit disease to the male partner. Disadvantageous position of women in the Indian society, indifferent attitude of the partner, bowel and bladder dysfunction and lack of privacy are some of the other possible explanations.

To conclude, a spinal injury should not be an end of sexual life. Spinal injured need help in adapting their sexual life to their new bodies and sometimes need to approach it differently. Understanding altered sensations, adapting to physical restriction or achieving improved muscle control are factors that, when adopted successfully, can help a spinal injury patient rediscover a healthy sexual life. They need help from medical professionals in their sexual rehabilitation. There is a need for creating awareness in this regard, especially amongst the Indian community and professionals.