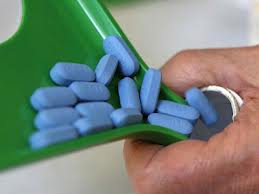 New Delhi: A committee of the Department of Pharmaceuticals (DoPs) has recommended a formula on price negotiation of patented drugs, linking it to the per capita income in the country.

The panel, in its report, also suggested setting up a committee headed by the Chairman of the National Pharmaceutical Pricing Authority (NPPA) to decide the price of patented drugs before they are marketed for use in India.

The committee can be named as Pricing Committee for Patented Drugs (PCPD).The other members of the committee could be from Railway, DGHS, DCGI, Ministry of Finance and Representatives of top 5 health insurance companies in terms of number of beneficiaries. The committee may co-opt any other members as deemed fit. To have proper watch on the prices of these patented medicines, a separate set-up may be created in NPPA with adequate staff strength and infrastructure, the report said.
While suggesting the methodology for price negotiations for medicines having no therapeutic equivalence in India, the panel said the originator company will submit to the Committee the government procurement price list of UK, Canada, France, Australia and New Zealand.
In case the company has not launched its patented medicines in any one of the aforesaid countries, the company will submit the said price lists only in respect of those countries in which the medicines have been launched and are being procured by the respective Governments, the report said.

The committee will take the per capita Gross National Income (with Purchasing Power Parity) of these countries. The ratio of the per capita income of a particular country to the per capita income of India would be calculated. The prices of the medicine would be worked out for India by dividing the price of the medicine in a particular country by this ratio and the lowest of these prices would be taken for negotiation for further reduction. This methodology would be applicable for medical devices also and all the patented medicines introduced in India after 2005, the report said.

If an equivalent medicine already exists (with better or similar efficacy), the pricing committee may deliberate upon the cost of treatment of the disease using the new medicine. Apart from the suggested formula, the committee would ensure that the cost of treatment does not increase with reference to the cost of treatment with existing equivalent medicine, the report said.
For medicines introduced first time in India itself, the Pricing Committee for Patented Drugs will fix the price of new medicines taking various factors into consideration like cost involved, risk factors and any other factor relevant.