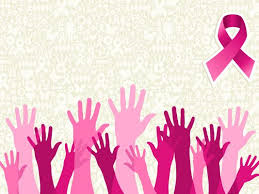 To lay stress on early detection of the cancer, over 1,000 people from different fields, including school children actively participated in cancer awareness walk in Delhi, on Sunday. City-based BLK Hospital organized the campaign titled Walk-A-Mile: Its Worth Your While, to raise awareness about the disease that kills over seven lakh people every year in India.

According to the Indian Council of Medical Research (ICMR), with an increase in cancer cases from around 14 lakh in 2016 to over 17.3 lakh by 2020, the disease-related deaths are also estimated to rise rapidly from 7.36 lakh to over 8.8 lakh in next four years.

The walk began early morning from BLK Super Specialty Hospital, covered West Delhi area and terminated back at the hospital. The walk was supported by the Indian government PSUs and Resident Welfare Associations.

With inadequate diagnosis resulting out of an awareness deficit, 50 per cent cancer patients realise that they are already in 3rd or 4th stage, severely affecting their survival chances. Majority of cancers in men and women include breast, oral, lung, stomach, colorectum, pharynx and ovary, which accounts for 47.2 per cent of all cancers. These can be prevented, screened and treated at an early stage,  said Kapil Kumar, Director “ BLK Cancer Centre.