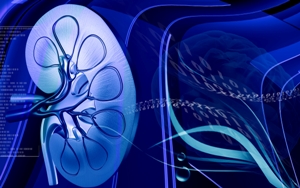 If the blood group of the donor of one pair matches that of the recipient of another pair, it can lead to a successful renal transplant

Kolkata: Kidney patients in the city may not have to wait for a suitable donor in a long queue for a renal transplant. Some hospitals in Kolkat has introduce a concept of ‘Swap transplant’ to overcome the issue.

‘Swap transplant’ is a relatively new concept in India. It is a viable solution for kidney failure patients who have a prospective donor, but with an unmatched blood group.

Doctors have started maintaining a database of such kidney patient-donor pairs. So, if the blood group of the donor of one pair matches that of the recipient of another pair or vice versa, it can lead to a successful renal transplant.

Rabindranath Tagore International Institute for Cardiac Sciences (RTIICS), one of the hospitals offering swap facility, has till date performed 12 swap transplants, the latest one being in August.

Kidney ailment is on the rise and the hospital gets about 10 to 15 new cases every month. But due to non availability of an organ donor, a patient requiring kidney transplant has to wait for anything between two and three months. At government hospitals, the wait could be much longer.

The only other private hospital in the city that has conducted a swap kidney transplant is Wockhardt, which is now part of Fortis Hospital.

“Swap kidney transplant started in Korea. They maintain a national data of recipients and donors, making it simpler to increase the number of swap transplants. We could start similar initiative on a smaller scale. We can start by sharing such data with other hospitals and exchange matching donors. I have started talking this out with fellow nephrologists,” said Dr Deepak Shankar Ray, RTIICS nephrology and renal transplantation head, who is one of pioneers of the system in the city.