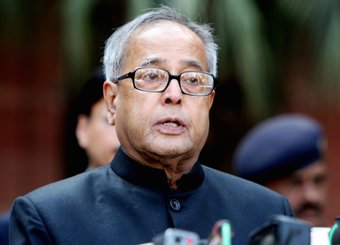 Overview of the Budget:

GDP growth estimated at 6.9 per cent in real terms in 2011-12. Slowdown in comparison to preceding two years is primarily due to deceleration in industrial growth.

An addition of seven more AIIMS like tertiary care centers

India currently spends about 1 percent of its GDP on healthcare, according to the Organisation for Economic Cooperation and Development. By all accounts, the nations public health infrastructure is crumbling“many hospitals are filthy, lacking basic medicines and equipment and filled with dogs and mice.

Still, the only significant healthcare expenditure that Finance Minister Pranab Mukherjee announced was a 15 percent increase in funding for the National Rural Health Mission to 208 billion rupees, or a little more than $4 billion.

National Urban Health Mission is being launched to encompass the primary healthcare needs of people in the urban areas. The Pradhan Mantri Swasthya Suraksha Yojana (PMSSY) aimed at setting up of AIIMS-like institutions and upgradation of existing Government medical colleges is being ex-panded to cover upgradation of 7 more Government medical colleges. It will enhance the availability of affordable tertiary health care.

Unfortunately, the Union budget 2012 “ 13 which was announced has shown no positive intervention for the Indian healthcare sector. Services tax increase from 10 to 12 percent will have negative effect on cosmetic medical services, modern spa which are all wellness services. Also increase in excise will have increase in prices of wellness products. Custom duty reduction of some health foods like soy protein and probiotics is a welcome move. It is disappointing to note that similar reduction is not done in other health foods like whey protein based products.

With a shortage of 3.6Mn beds, 1.9Mn doctors & 3.7Mn nurses, the vision of achieving a doctor population ratio of 1:1000 is still a far-fetched reality. Moreover, an increase in-service Tax from 10 percent to 12 percent will result in an additional financial burden to be borne by the end recipient.

However, some of the key elements which were not highlighted by the government in this years budget include –

In totality, it is imperative to have a combination of both public and private sector strengths teaming together to result in quality healthcare and which is also the only sustainable and inclusive way forward towards achieving improved healthcare delivery outcomes. We hope that the government takes necessary steps to ensure the same in the coming years.

Finance Minister Pranab Mukherjee said India will increase spending on malnutrition programs by 58 percent in fiscal 2012-13 to 158 billion rupees, or about $3 billion.

Included in this new spending is a plan to reorganize the Integrated Child Development Services, the central government-led initiative that has been in charge of the nations malnutrition programs, which are run by the states.

The healthcare delivery sector had significant expectations from the budget, only some of which have been realised in the announcements made by the Honble Finance Minister. The initiatives in respect of exemption of Rs 5,000 for Preventive Health Tests and larger outlay for the National Rural and Urban Health Missions augur well for the diagnostics sector, which plays a key role both in Preventive Health Segments and National Health Screening initiatives.

N. Venkat, Managing Director and CEO, Birla Wellness and Healthcare Pvt. Ltd
There are no major directional and strategic thoughts on health and wellness except in the vaccination programs.