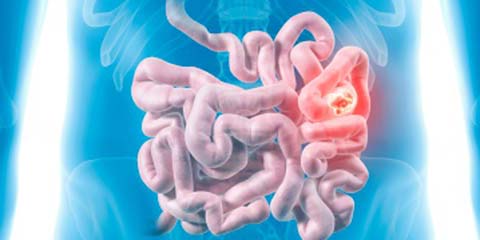 A micro-device that could help doctors detect cancers in the small intestine at  very early stages has been designed by researchers at the University of Cyprus, a university professor said.

Julius Georgiou, who headed a team from the Holistic Electronics Research Laboratory at the university, said , The breakthrough could be compared to the Papanikolaou test for detecting cervical pre-cancerous cells in the early stages in women.
He said the pill-sized capsule is aimed at a low-cost small intestine cancer screening which could help increase the rate of survival. Cancerous cells in the small intestine is not easy to  detect.

“The small intestine is largely inaccessible as opposed to the colon and by the time symptoms appear the cancer has reached advanced stages and has most likely metastasised to other organs,” Georgiou said.

That explains the high mortality rate of small intestine cancer patients, though cancers of that kind are less frequent, only  two per cent of gastrointestinal malignancies.

The five-year survival rate of patients is only between 20 and 30 per cent.

“The capsule is designed to detect micro-cancers in the small intestine, thus enabling early detection and removal of cancerous cells,” said Georgiou.

The capsule record infrared fluorescence levels attached to pre-cancerous cells as it traverses the small intestine and stores the data onboard until it is expelled from the body.

Data can be wirelessly downloaded for inspection by the physician.

“The key advantage of infrared based markets is that the emitted wavelengths can be detected by the capsule even if they are located a few millimeters below the epithelium, where cancers start,” said Georgiou, an assistant professor at the department of electrical and computer engineering of the University of Cyprus.

He added that a major advantage is the fact that the examination of light fluorescence data are simpler and less time consuming to read than image data.