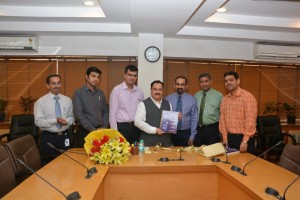 The Textbook has been written keeping in mind the latest developments in the field of Pediatric Gastroenterology, Hepatology and Nutrition. Utmost importance has been accorded to incorporating case scenarios which every pediatrician faces in daily practice in our part of the world. Almost 30 percent of children who see a pediatrician suffer from gastrointestinal and liver disorders.

The textbook has to its credit many international and Indian authors who are authorities in their respective fields. It will be useful to all readers in the day to day management of gastrointestinal, nutritional and hepatobiliary disorders in children. It has been published by Jaypee Brothers Medical Publishers.