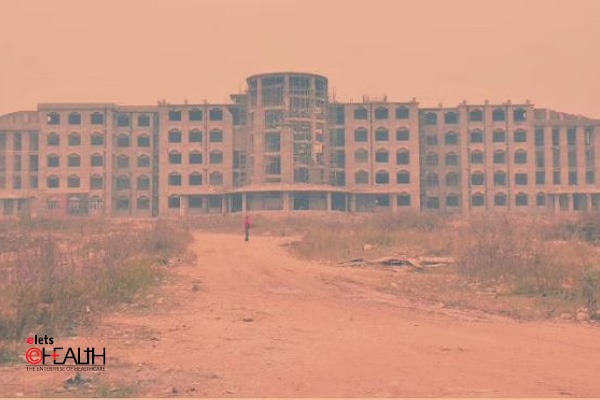 The work on the buildings of five new Government Medical Colleges (GMCs) is almost complete in Jammu & Kashmir. The work gathered pace after a directive by the Chief Secretary of Jammu and Kashmir Dr AK Mehta in December 2021, asking the concerned department to assure that all new Government Medical Colleges (GMCs) get operational by March 2022 end. Top officials in the state have confirmed that the work on the, and academic activities are being shifted to the permanent structures in a phased manner.

Furthermore, the civil outcomes on the Academic Block of GMC Baramulla are coming up at Kanth Bagh, which has picked pace after the administration of the college secured the No Objection Certificate from the adjacent security installation.

Reportedly, the work was halted for several months as the security forces had raised the issue of the building’s proximity to one of its firing ranges. Dr Yashpal Sharma, Managing Director of J&K Medical Supplies Corporation and Director Coordination New Medical Colleges said the building plan was then modified and now it is being raised as per the new plan.

Dr Sharma stated, “At GMC Anantnag, the buildings are complete and operating, at GMC Kathua, the academic activities are being carried out from the new campus only, it was one of the first buildings to get ready. At GMC Doda, the academics were currently running from the temporary campus which was well prepared and equipped to maintain the academics for some more time. At GMC Rajouri, the Academic, as well as Administrative blocks, are ready in addition to the hostel. We are in the process of shifting to the new buildings.”