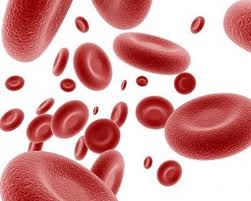 In what could be a ray of hope for thalassemia patients, researchers have discovered a new hormone that regulates the iron supply needed for red blood-cell production.

The discovery could give a new direction for the treatment of blood disorders associated with both iron deficiencies and overloads.

Iron is an essential functional component of haemoglobin, the molecule that transports oxygen throughout the body.

“If there is too little iron, it causes anaemia. If there is too much iron, the iron overload accumulates in the liver and organs, where it is toxic and causes damage,” said senior author Tomas Ganz from University of California in Los Angeles, US.

Erythroferrone is greatly increased when red blood-cell production is stimulated, such as after bleeding or in response to anaemia.

The erythroferrone hormone acts by regulating the main iron hormone, hepcidin, which controls the absorption of iron from food and the distribution of iron in the body.

Increased erythroferrone suppresses hepcidin and allows more iron to be made available for red blood-cell production.

“Modulating the activity of erythroferrone could be a viable strategy for the treatment of iron disorders of both overabundance and scarcity,” said Ganz.

The team foresees that the discovery could help people with a common congenital blood disorder called Cooley’s anaemia, also known as thalassemia, which causes excessive destruction of red blood cells and of their progenitors in the bone marrow.

Many of these patients require regular blood transfusions throughout their lives.

The study was published online in the Journal Nature Genetics.