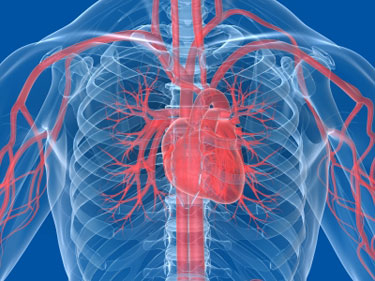 Researchers found that people with the lowest cardiovascular health scores were more likely have impairment on learning, memory and verbal fluency tests than their counterparts with intermediate or better risk profiles.

The study involved 17,761 people aged 45 and older at the outset who had normal cognitive function and no history of stroke. Mental function was uated four years later.

The Life’s Simple 7â„ initiative is a new system to measure the benefits of modifiable health behaviors and risk factors in cardiovascular health, such as smoking, diet, physical activity, body mass index, blood pressure, total cholesterol, and fasting glucose. It classifies each of the seven factors of heart health as either poor, intermediate or ideal.

The differences were seen regardless of race, gender, pre-existing cardiovascular conditions, or geographic region, although higher cardiovascular health scores were more common in men, people with higher education, higher income, and among people without any cardiovascular disease.

Cognitive function assessments involved tests to measure verbal learning, memory and fluency. Verbal learning was determined using a three-trial, ten-item word list, while verbal memory was assessed by free recall of the ten-item list after a brief delay filled with non-cognitive questions. Verbal fluency was determined by asking each participant to name as many animals as possible in 60 seconds.

Although mechanisms that might explain the findings remain unclear, Thacker said that undetected subclinical strokes could not be ruled out.