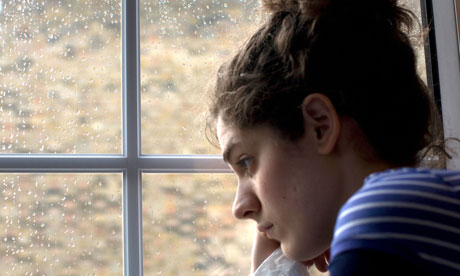 Women nearing menopause have higher levels of a brain protein linked to depression than both younger and menopausal women, a new study by the Centre for Addiction and Mental Health (CAMH) shows.

This finding may explain the high rates of first-time depression seen among women in this transitional stage of life, known as perimenopause.

“This is the first time that a biological change in the brain has been identified in perimenopause which is also associated with clinical depression,” says Senior Scientist Dr. Jeffrey Meyer of CAMH’s Campbell Family Mental Health Research Institute. Specifically, Dr. Meyer’s research team found elevated levels of the chemical monoamine oxidase-A (MAO-A) among women aged 41-51.

The study was published today in JAMA Psychiatry.

During perimenopause, a common symptom is mood changes such as crying. Rates of first-time clinical depression among this group reach 16 to 17 per cent, and a similar number get milder depressive symptoms.

MAO-A is an enzyme that is a pro-oxidant and breaks down brain chemicals such as serotonin, norepinephrine and dopamine, which help to maintain normal mood. Dr. Meyer has previously linked high levels of MAO-A to major depressive disorder, depressed mood related to alcohol dependence and smoking cessation, and the period immediately after childbirth.

To investigate if MAO-A levels may explain the mood changes during perimenopause, his research team conducted brain scans of three groups of women using a brain imaging technique called positron emission tomography (PET) in CAMH’s Research Imaging Centre. Among the three groups of women, 19 were of reproductive age, 27 were in perimenopause, and 12 were in menopause.

The women in perimenopause also reported a higher tendency to cry, based on a questionnaire called the Adult Crying Inventory, and this was associated with high MAO-A levels in the front part of the brain, the prefrontal cortex. The researchers had also predicted that MAO-A levels would drop during menopause, once fluctuating levels of estrogen stabilized, and this also proved to be the case.

The results suggest new opportunities for prevention, says Dr. Meyer, who holds a Canada Research Chair in the Neurochemistry of Major Depression.

“Using PET imaging, we can test treatments to see if they can prevent this elevation of MAO-A, and potentially prevent clinical depression,” he says. One approach may be a dietary supplement, which he is currently investigating in another study of women after childbirth, to prevent post-partum depression. Another approach may be to offer hormone replacement therapy (HRT) at an earlier stage to prevent the fluctuation of estrogen levels, which is also linked to higher amounts of MAO-A.