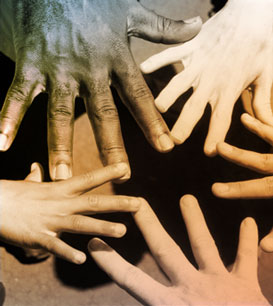 A report on the research appears online May 28 in JAMA Surgery.

We have long found it vexing that minority patients consistently do worse, even in treatment for trauma that seems to leave little room for bias, says study leader Adil Haider, M.D., M.P.H., an associate professor of surgery at the Johns Hopkins University School of Medicine. And although we still see the disparity in younger black patients, we were surprised to find in this study that older black trauma patients were more likely to survive their injuries.

Haider speculates that one reason is that all patients over 65 have better access to health care because of Medicare eligibility, providing access to care that may level the playing field. Another possibility is that black patients have worse expected outcomes from diseases and trauma throughout life, creating a healthy survivor bias as they age.

There are well-documented disparities in access to health care for younger black patients, so it is possible that black patients who make it to age 65 have potentially reached that age stronger and healthier than their white counterparts of a similar age, says Johns Hopkins surgical resident Caitlin W. Hicks, M.D., M.S., a member of the research team. This is an important finding in racial disparities research that we need to look into and learn from.

Racial disparities in trauma have confounded researchers, who assumed that in an emergency situation, all patients would be treated the same, so outcomes wouldnt vary by race. But that has not been the case.

The Johns Hopkins team analyzed in-hospital death rates covering nearly 1.1 million trauma patients in the Nationwide Inpatient Sample for the period between Jan. 1, 2003, and Dec. 30, 2010. Roughly half of the group was between the ages of 16 and 64. In the younger group, racial disparities in survival after trauma conformed to what most other studies have found, namely that black patients were 20 percent more likely to die than white patients. Over the age of 65, the pattern was reversed, with white patients 20 percent more likely to die than black patients. The group used three different statistical models controlling for other illnesses the older patients may have when they are admitted after trauma. All three drew the same conclusions.

The older and younger groups were different in other ways as well, Haider says. The vast majority of patients 65 and older (99.4 percent) had insurance, many of them through Medicare. Also, the vast majority of patients in the older group suffered blunt trauma ” car accidents and falls, primarily ” as opposed to many more cases of penetrating trauma ” gunshot or stab wounds ” in the younger age group.

At the outset of the research, Haider, who directs the Center for Surgical Trials and Outcomes Research at Johns Hopkins, says he thought that given the high percentage of insured patients 65 and older, black and white patients would either have similar outcomes, or black patients would continue to have worse outcomes.

These findings surprised us, he says.

Haider says his team plans to see whether the type of hospital where patients are treated ” be it a hospital that treats mostly whites or mostly minorities ” has an impact on trauma outcomes for patients 65 and older. Previous research by Haider and his team found that nearly 80 percent of trauma centers in the United States that serve predominantly minority patients have higher-than-expected death rates. The group has also reported that trauma patients of all races are 40 percent less likely to die ” regardless of the severity of their injuries ” if they are treated at hospitals with lower-than-expected mortality rates, the vast majority of which serve predominantly white patients.

The research was supported by a grant from the National Institutes of Healths National Institute of General Medical Sciences (K23GM093112-01) and the American College of Surgeons C. James Carrico, M.D., F.A.C.S., Faculty Research Fellowship for the Study of Trauma and Critical Care.