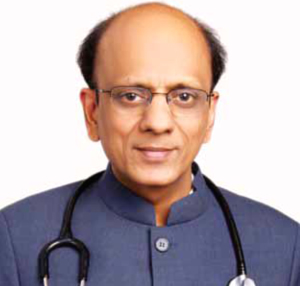 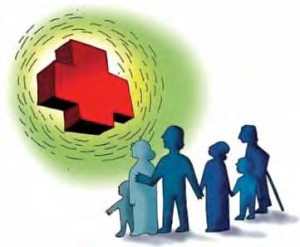 What is the current status of Indian healthcare?

We have over 15 lakhs of deficient doctors, nurses and paramedical staffs in the country. 80 percent of the countrys healthcare is being taken care of by the private sector and 20 percent of the people are living in urban areas who are getting healthcare. Fact is that Coca Cola, Pepsi have reached to rural India but healthcare has not yet. Government says, doctors are not willing to go and work in rural areas. But there are young interns going to Saudi Arabia for two years to work in primary healthcare. If these young interns are ready to go to Saudi Arabia for two years, he should be ready to go to rural areas provided you give them the same facility. In Saudi Arabia they get tax free salaries, so if t

hey get similar kind of offerings like free accommodation with free food and tax free salaries income then the entire scenario would have changed.

How to improve the scenario?

ent should encourage a system where the insurance buyer for example a farmer can offer potatoes to buy health insurance. Government can take this potato and sell it and pay back the insurance seller on behalf of the farmer. For people under below poverty line, Government should be able to pay the insurance money. 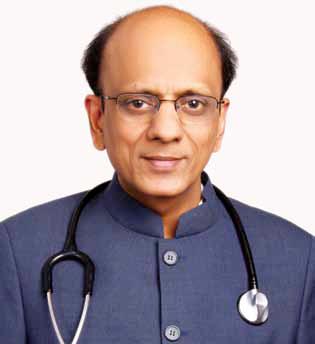 What steps IMA is taking to safeguard the standard and quality of medical education in India?

Medical education in India is controlled by Health Ministry through Medical Council of India (MCI). Ever since the MCI has been dissolved, it is controlled by Health Ministry through a Board of Governors. IMA is fighting for reconstitution of autonomous MCI. The present MCI is trying to make a BSc Community Service course which is in long run not in the interest of the medical profession. If the Government wants to fill the gap of the dearth of medical professionals in the country, they should increase MBBS seats and also nursing seats.

How do you think shortage of medical and paramedical staff can be addressed in India?

dical educational institutions. The role of MCI should be to help recognising a medical college and not focusing on its derecognising.

What is your suggestion to deal with low doctor patient ratio in India?

The only way to control is to open more medical colleges both undergraduate and postgraduate. Attractions should be provided so that Indian doctors do not go abroad. Most of the doctors in India try to go to Arabian countries for a couple of years to earn tax free

income so that they can start their clinic in India. Indian Government should think of providing the same facilities in rural areas. That means if a doctor wants to serve in a rural area for two years, he should be given free boarding and lodging and income tax free salary. Similarly, nurses should be encouraged to stay in India on similar terms.

Lately a lot of news have come up that showed the poor standard of patient safety in India. What do you think where are we lacking and how this can be rectified?

Patient safety today is a matter of concern. Over 1,00,000 people die in US alone every year because of human error. Sometimes back, there was a medical strike in California during that period number of deaths reduced but at the cost of increased morbidity. Improving morbidity will always beat the cost of increase in some mortality.

We should understand difference between magnitude and standard of care. Magnitude of care may differ but the standard of care should be the same. A person should be able to get uniform medical care irrespective of medical establishment he or she attends. Every medical institution in the country should be certified by NABHs. Job of NABH should be in assisting recognition and not derecognition. The Government and the MCIs job should be to create awareness about patients safety. The only way Government can do it is to involve IMA with a membership of over 2.2 lakh, over 1680 branches and 29 state branches.