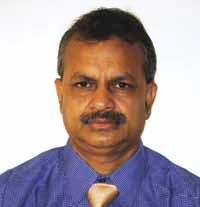 What is the size of ultrasound market in India? Who are the dominating players?

The approximate size of the ultrasound market is `7 billion for the year 2013. The major players are Siemens, GE, Philips, Mindray and Samsung.

What is the percentage of growth in recent years?

The market is currently growing at 12 percent CAGR.

How crucial is the role of an ultrasound report in treating a patient?

Ultrasound is the most common and economical method of scanning soft tissues related patients. Major part of the treatment depends on the Ultrasound report alone.

Is it true that the accuracy of ultrasound reports is mostly dependent on the skill of the practitioners?

It is true to a large extent that the accuracy of ultrasound reports is mostly dependent on the skill of the practitioners. Recently, courses have been introduced in Government and private centers for getting trained in Ultrasonography.

What is your take on the heavy import duty costs on ultrasound machines in India?

Ultrasound units should be more affordable to the needs of India to cater to the large population in rural areas. This will further result in reducing the cost of treatment and the patients will be benefited.

What are the market segments of ultrasound machines in India? Which segment is dominating the market?

Ultrasound machines are available in premium, high end, mid-range and low-end segments. Mostly, low-end and the mid-range are the two segments sold maximum in India.

What are the new technology advancements in the ultrasound space?

Virtual-Touch ARFI, Matrix Array Transducer are some of the latest developments.

What are your offerings in this space?

Virtual-Touch ARFI is offered by Siemens. Acoustic Radiation Force Impulse (ARFI) technology in Ultrasound was exclusively introduced by Siemens. ARFI technology has been very well accepted worldwide and has also made a revolutionary difference among the Indian user fraternity, for whom early diagnosis of some fatal disorders such as Liver Fibrosis was a challenge. 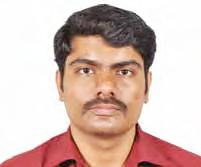 How opportune is Indian ultrasound market in terms of growth?

Relatively lesser than the other European countries in this regard.

How crucial is the role of an ultrasound report in treating a patient?

As far as india is concerned, not every patient is rich enough to do an MRI/CT for uation. USG is available at affordable cost and free of radiation hazards and at bedside almost in every corporate hospital. Most of the times a proper USG report is sufficient to for further treatment.

What are the new technology advancements in the ultrasound space?

What is your take on the heavy import duty costs on ultrasound machines in India?

If the import cost comes down it will be good for the radiologists to buy a machine and do the service at a reduced rate.