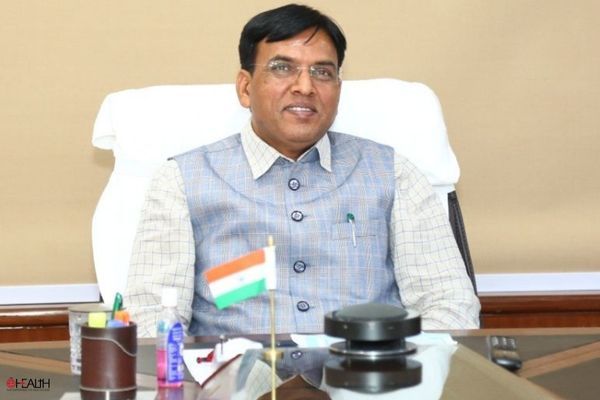 “Clubbing the spirit of Azadi ka Amrit Mahotsav along with expertise from the land of Saint Ramanuja, India is working towards a Swasthya and Samrudh Bharat. The government of India is on a mission to safeguard and enhance public health by ensuring the top-notch quality of drugs, cosmetics, and medical devices along with maintaining their safety and efficacy in the country. The new building of CDSCO, South Zone will further facilitate the government’s vision of providing safety and regulatory best practices, especially for the southern States/UTs including Tamil Nadu, Puducherry, Kerala, and Lakshadweep”. This was stated by Union Minister of Health & Family Welfare Dr. Mansukh Mandaviya as he virtually inaugurated the new building of CDSCO Bhawan, South Zone at Chennai on December 22.

Highlighting CDSCO’s significance, Dr. Mandaviya stated that “CDSCO is playing a crucial role in manufacturing, importing and distribution of health products along with ensuring their safety efficacy and quality. They have facilitated the right medicine at the right time for our citizens, especially during the COVID pandemic.” He further added that “owing to the significance of CDSCO, the Government of India has expanded its capacities. As part of strengthening the drug regulatory system in the country, the Government of India has approved various projects, construction of new CDSCO offices, new drug testing labs, and upgrading of existing labs, mini-labs at ports, etc., under the 12th Five Year Plan.”

Dr. Mandaviya reiterated the Hon’ble Prime Minister’s call for “Make in India” and “Aatmanirbhar Bharat,” which has given encouragement to domestic medical product production and promoted public health objectives, in light of the swift advancement in the pharmaceuticals, diagnostics, and medical devices sectors. He said that “The government of India is focusing on the key areas like quality, accessibility, affordability of medicines as well as encouraging the industry players and other stakeholders.” He also highlighted Government’s willingness towards adapting new technologies and innovations like drug trials through humanoid chips.