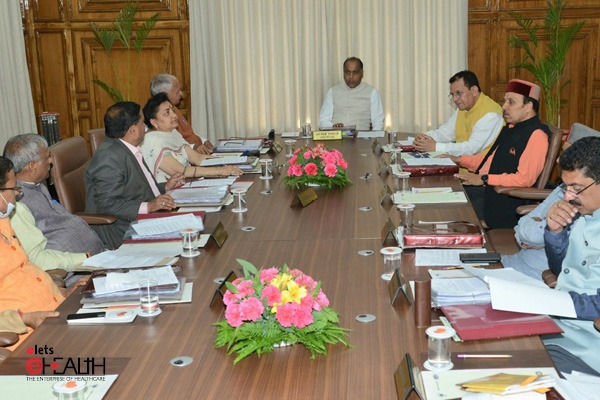 The Himachal Cabinet, under the chairmanship of chief minister Jai Ram Thakur, approved one Mukhya Mantri Mobile Clinic in all 68 Assembly segments in the state. The mobile clinics would have structures for testing, consultation, and prescription, including dispensing of medicine, basic laboratory services, vaccination facilities, and procedures by a general practitioner/ specialist doctor.

The Cabinet also decided to grant a higher pay structure to constables appointed in 2015 and 2016. It permitted the grant of the higher pre-revised pay band and grade pay to the constables on a notional basis since the new Himachal Pradesh (Revised Pay) Rules-2022 came into force on January 1, 2022, effective from January 1, 2016. The constables now have the chance for fixation of pay under the appropriate factor of pay fixation and the payment of arrears of pay would depend upon their choices under the revised rules.

The Cabinet also endorsed an amendment to the Mukhya Mantri Swablamban Yojana-2022 to assure the maximum coverage of eligible categories. It was determined that the grants to women and handicapped be increased to 35 percent and the grants to Scheduled Castes and Scheduled Tribes to 30 per cent.

The Cabinet also gave consent to the draft of the policy for the recruitment of 5,000 workers in the Public Works Department for the maintenance of roads and other official works. They would be appointed on an honorarium of Rs 4,500 per month.

It also gave its clearance to the guidelines for regulating the nominations/appointments and other terms and conditions of services of the chairman, member secretary, non-official and other members of the State Pollution Control Board.