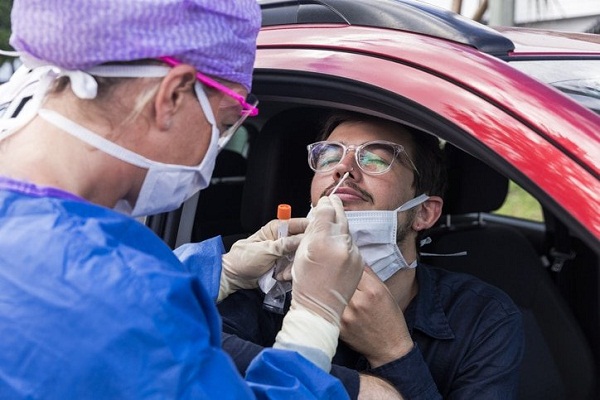 The Uttar Pradesh Government on Wednesday kickstarted a Special Focused 6-day Testing Drive to limit any further spread of Covid 19 in the state. The focus is on people who come in contact with a large number of people. The move is being done following the emergence of a new variant, omicron.

The six-day Special Focused Testing Drive is divided in a way to cover the entire state in order to remove any risk of further transmission. For the first three days, the drive will be conducted for in engineering colleges, colleges, schools. While in the hospital, medical college the drive will be running for the remaining three days.

“UP has been maintaining control over the Covid situation fairly well and in view of rising cases in other states, we must intensify our testing operation. The objective of this 6-day special focused testing drive is to enable early detection if any followed by early treatment”, informed Prasad.

Upgrading its guard against the new variant of SARS CoV2 — B.1.1.529, which has been classified as a ‘Variant of Concern’ by the WHO, the state government has taken prompt action by putting the health teams in all the 75 districts on alert.

While there is no situation at present which warrants panic or worry, the government has put over 73,000 ‘surveillance committees’ on alert mode to ensure thorough screening and timely identification, isolation and treatment of people showing mild symptoms to remove any chance of increased transmission of the virus or any water-borne, vector-borne diseases.

The Chief Minister has already asked officials to make special efforts to improve surveillance with a focus on airports, railway stations and bus stands to ensure that normalcy prevails in the state.