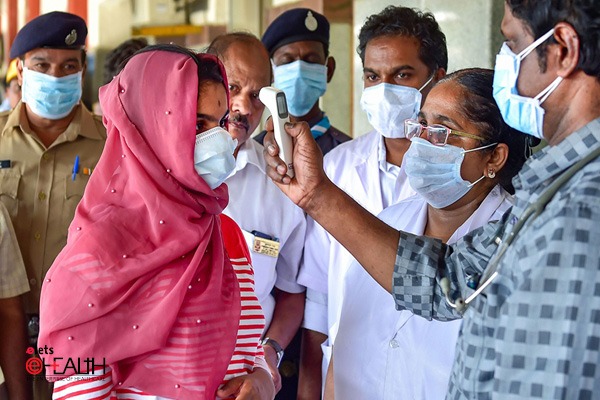 Uttar Pradesh on Wednesday achieved yet another benchmark of testing over 11 crore samples for novel coronavirus infection. Testing an average 1-2 lakh samples daily, Uttar Pradesh became the first state in the country to cross the milestone.

Early detection and isolation of potentially infectious individuals are the keys to successfully fighting a viral pandemic. Recognizing which the Yogi-led government in Uttar Pradesh effectively implemented and intensified the stringent ‘Trace-Test-Treat’ mechanism throughout the state.

In terms of Contact Tracing too, Uttar Pradesh has left all the other states far behind by testing maximum samples on detection of a single positive case. As a result of which the most populous state has been able to effectively break the Covid-chain.

Uttar Pradesh has come a long way from getting the first Covid test conducted from the lab at National Institute of Virology, Pune in 2020 to breaching the 110 million tests-frontier that testifies the enlarged testing capacity in the state. As many as 110,023,467 samples have so far been tested in Uttar Pradesh.

Despite being the most populous state in the country, UP has outperformed all other states including Delhi, Maharashtra and Rajasthan by having the capacity to conduct a total of 1.50 lakh RT-PCR tests on an average daily.

The state of Uttar Pradesh, which has the capacity of testing nearly 4 lakh samples a day, has equipped all the 75 districts with testing facilities for the convenience of the people.