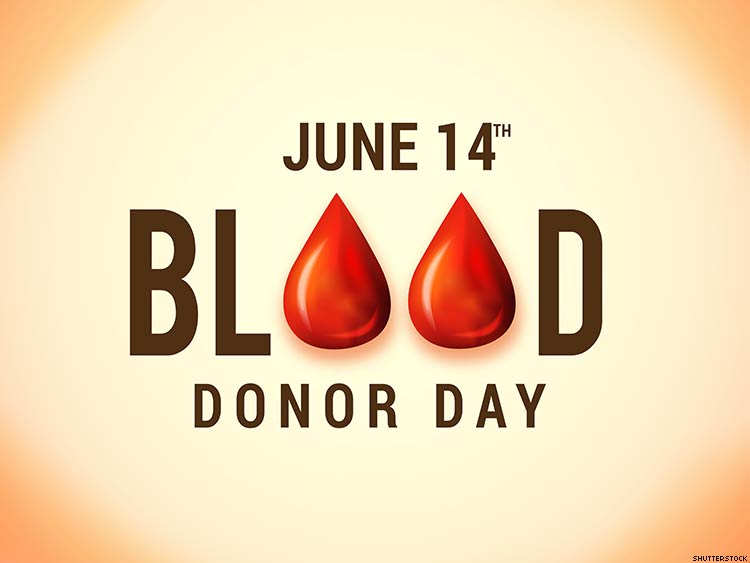 What is World Blood Donor Day?

World Blood Donor Day is celebrated every year on 14 June all across the world. It is observed on the remembrance of birth anniversary of Karl Landsteiner which falls on 14 June 1868.

Karl Landsteiner, was an Austrian biologist, physician, and immunologist who discovered ABO Blood grouping in 1900 and with Alexander S. Wiener, discovered Rhesus factor, in 1937, thus enabling physicians to transfuse blood without endangering the patient’s life. He also discovered the polio virus in 1909 with Constantin Levaditi and Erwin Popper. He has been awarded the Nobel Prize and described as the “ Father of Transfusion Medicine”.

What is the need of blood in India?
Every two seconds someone in India needs blood. Every day, roughly 36,000 units of red blood cells are needed in India. Simply put, that’s a lot of blood. Patients with sickle cell diseases or cancer need blood transfusions throughout their treatments.

Since blood can’t be made or manufactured, these patients depend on blood donors for their very lives.

What are the benefits of giving blood?
By donating blood you’ll be saving up to three human lives each time. Here are some of the benefits you gain for you humanitarian efforts. Donating blood at least once a year could reduce your risk of a heart attack by 88 percent, according to a study conducted by the American Journal of Epidemiology.

High levels of iron in the blood constrict your blood vessels and create more risk of a heart attack. Depleting those extra iron deposits by donating blood gives your vessels more room to operate. It can even prevent Liver Damage. Giving blood stimulates the Bone marrow to produce new red blood cells

What motivates the Blood Donors to donate blood?
The Joy of Saving Human Lives, according to latest study on Donor motivation “Alturism or Joy of saving human lives” has been the sole motivator in 78% of the blood donors Giving blood can help your mental state.

While there are several physical benefits to donating blood, the most powerful health benefit is arguably in the psychological realm. Donating blood means that someone (or multiple people) somewhere will be getting the help they desperately need.

This kind of regular, altruistic interaction has major psychological benefits.

What is the major barrier for blood donation?
The major Barrier for Blood Donation in the modern society is “Lack of time”. Fortunately Government of India has given a provision for availing ‘1 day special leave’ in all private/public institutions as per G.O.Ms.No. M&H 137(Ni) dt 3-2-1984.However lack of awareness of this provision is the prime reason for this excuse.

What is the Demand for Platelet/SDP donation?

Demand for SDP or platelet donations by apheresis is high in cancer patients and in viral fevers like dengue hemorrhagic fever. The lack of awareness that modern day Apheresis donations are practically more safe & useful than normal blood donation is the reason for fear in some donors. However once we explain & they experience it , they usually become a Regular platelet donor.

The final word “Once a Donor..Always a Donor”