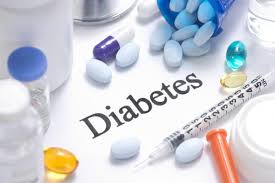 Diabetes Mellitus is a metabolic disorder that occurs due to zero (Type 1 diabetes) or insufficient (Type 2 diabetes) production of insulin hormone which increases sugar metabolism. Thats why patients get a high level of blood sugar.

90 percent of diabetic patients suffer from Type 2. It affects the eyes (diabetic retinopathy), kidneys (diabetic nephropathy), nerves (diabetic neuropathy) and even the heart. The patient loses weight, feels numb in his limbs and also could suffer from a cardiac arrest.

A report stated that there are 70 million diabetics in India, and the number will double by the next decade.

People often consider diabetes a new kind of disease and try to treat it with modern systems. But actually, diabetes is an ancient disease which Ayurveda combatted effectively (and still does).

Diabetes is not an illness caused by some biotic or chemical attack from outside. It happens due to the inner chemical imbalance. The allopathic belief system prescribes a number of different medicines, diet rules and exercises that work with separate symptoms.

This is where Ayurveda is unique. The ancient medical discipline treats a person as a whole, not in parts. Our body is not just a combination of limbs. All organs work in sync to keep us healthy and active.

The same sickness can manifest through different symptoms in different bodies. So, instead of focusing on symptoms, Ayurveda analyses the patients body type. It classifies people into three different body types: Vata, Pitta and Kapha. This ancient categorization system detects a persons physical and psychic structure accurately. As a result, the treatment for a diabetic patient is far more effective.

Ayurveda does not consider the mind and the body as separate things because in reality the two are closely connected and function as a whole. A physical disease often has its root in the mental structure of the person. Ayurveda takes this point into consideration and makes a holistic approach towards the treatment of a diseased person.

Plant-medicines: A Wonder of Ayurveda

Ayurveda uses medicines which are extracted from different body parts of certain plants. These medicines provide support to the pancreas, repairing and strengthening this insulin-production gland.  On the other hand, allopathic medicines make the pancreas overwork and eventually weaken it. As a result, a diabetic patient needs insulin intake after a few years of oral medication.

A single Ayurvedic medicine can address all issues that a diabetic person faces like muscle weakness, exhaustion, sugar metabolism and so on. Since its 100 percent natural, there is no side effect, which means diabetic patients can also lead wholesome and happy lives.

Ayurveda is a complete and self-sufficient medical science. With its wholesome approach, the ancient system can assure excellent care for a diabetic patient.