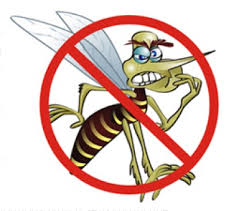 Chandigarh September 3: The Health department of Punjab is all set to take preventive measures to control the rise in the number of the vector borne diseases in Punjab. The doctors have been sensitized to tackle the occurrence of dengue in the state. Larvae surveillance activities have been enhanced with the close coordination between the departments of Health and Local Bodies.
As a part of the ongoing action to effectively tackle the disease, a meeting of the senior officers of both these two departments was held under the chairmanship of Satish Chandra, Additional Chief Secretary, Local Government, for collaborative action for prevention and control of Dengue in the State wherein Zonal Officers of the two departments participated.
Health department officials apprised about the situation of dengue in the state to all the members. The number of dengue cases have risen in past few days in the State as breeding of mosquito (Aedes) has increased due to rains in most parts of the State. Participating in the meeting, officials of health department further informed that the Health department is providing free testing of dengue in all the districts of the State and has adequate provisions along with the designated dengue wards in all government Hospitals for free supportive treatment.
It was decided in the meeting that a joint team of Health and Local Government departments will conduct a survey in the towns as dengue is mainly reported from the urban areas of Punjab. The staff of health department will check the breeding of the mosquito and local bodies staff will issue challans under MC Act to the violating residents or owners of the buildings from where the breeding is reported.
It was also decided that health department will carry spray in houses where cases of dengue are reported while the local bodies department will undertake preventive fogging and spraying in urban areas from where dengue is being reported. Satish Chandra issued instructions to all the officials of the Local Government to initiate challaning and fogging in all the areas of the State on priority. It was decided that both the departments will work in collaboration to prevent dengue in the State and awareness among public will be stepped-up for prevention of the disease.
——