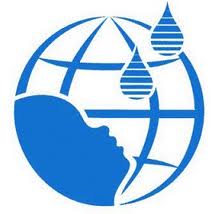 Today, at the Global Vaccine Summit, the Global Polio Eradication Initiative (GPEI) presented a comprehensive six-year plan, the first plan to eradicate all types of polio disease “ both wild poliovirus and vaccine-derived cases “ simultaneously. Global leaders and individual philanthropists signaled their confidence in the plan by pledging close to three-quarters of the plans projected US$5.5 billion cost over six years. They also called upon additional donors to commit up front the additional US$1.5 billion needed to ensure eradication.

The new plan capitalizes on the best opportunity to eradicate polio, with the number of children paralyzed by this disease at the lowest level ever: just 223 cases in 2012 and only 19 so far this year. The urgency is linked to the tremendous advances made in 2012 and the narrow window of opportunity to seize on that progress and stop all poliovirus transmission before polio-free countries become re-infected.

After millennia battling polio, this plan puts us within sight of the endgame. We have new knowledge about the polioviruses, new technologies and new tactics to reach the most vulnerable communities. The extensive experience, infrastructure and knowledge gained from ending polio can help us reach all children and all communities with essential health services, said World Health Organization Director-General Margaret Chan.
A new plan to end polio, strengthen immunization systems and plan for transition

The Polio Eradication & Endgame Strategic Plan 2013-2018 was developed by the GPEI in extensive consultation with a broad range of stakeholders. The plan incorporates the lessons learned from Indias success becoming polio-free in early 2012 and cutting-edge knowledge about the risk of circulating vaccine-derived polioviruses. It also complements the tailored Emergency Action Plans being implemented since last year in the remaining polio-endemic countries “ Afghanistan, Pakistan and Nigeria “ including approaches in place to vaccinate children in insecure areas.

At the Summit, held today in Abu Dhabi, global leaders announced their confidence in the plans ability to achieve a lasting polio-free world by 2018 and pledged their financial and political support for its implementation.

Ending polio will not only be an historic feat for humanity, but also a huge part of our efforts to reach every hard-to-reach child with a range of life-saving vaccines, said UNICEF utive Director Anthony Lake.

The plan addresses the operational challenges of vaccinating children, including in densely populated urban areas, hard-to-reach areas and areas of insecurity. The plan includes the use of polio eradication experience and resources to strengthen immunization systems in high-priority countries. It also lays out a process for planning how to transition the GPEIs resources and lessons, particularly in reaching the most marginalized and vulnerable children and communities, so that they continue to be of service to other public health efforts. It is estimated that the GPEIs efforts to eradicate polio could deliver total net benefits of US$40-50 billion by 2035 from reduced treatment costs and gains in productivity.

Earlier this month, in a Scientific Declaration on Polio Eradication, more than 400 scientists and global health experts from around the world endorsed the GPEI plan, and reaffirmed the conviction that a polio-free world can be secured by 2018.
Philanthropists endorse value of investing in the end of polio

In remarks made at the Summit, Bill Gates, co-chair of the Bill & Melinda Gates Foundation, underscored the numerous benefits of ending polio and the need to provide health and development interventions to the hardest-to-reach children. He also called on additional donors to come forward with long-term commitments to fully fund the GPEI plan.

This plan isnt just a polio eradication plan, its a global immunization plan with the goal of ending polio while improving efforts to protect all children, including the most vulnerable, with life-saving vaccines, said Gates. Successful implementation of the plan requires a significant but time-limited investment that will deliver a polio-free world and pay dividends for future generations.

Gates announced that his foundation would commit one-third of the total cost of the GPEIs budget over the plans six-year implementation, for a total of $1.8 billion. The funds will be allocated with the goal of enabling the GPEI to operate effectively against all of the plan’s objectives. To encourage other donors to commit the remaining funding up front, the Gates funding for 2016-2018 will be released when the GPEI secures funding that ensures the foundations contribution does not exceed one-third of the total budget for those years.

Joining Gates was a new group of individual philanthropists that announced its support for full implementation of the new plan. The total new pledges from philanthropists to the polio initiative amounted to an additional US$335 million toward the plans six-year budget. The donors commended the tremendous progress toward eradication made in the last year and expressed their desire to help change history and end polio while the opportunity still exists.