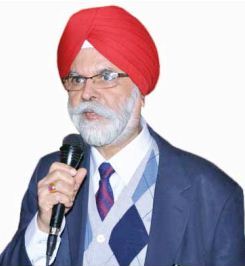 As a matter of fact, not very long ago, we did not have Vitamin D estimation as a routine investigation, it was only a research tool, nor was Dexa scan to assess the strength of bone, we were giving Vitamin D and calcium supplement to vulnerable people empirically or clinically or based on our Ca, Po4 and alkaline Phosphorus, but deficiency of Vitamin D was prent worldwide, osteoporosis came to notice when elderly people get fracture with minimal or no trauma. For some strange reason we under estimated Vitamin D deficiency. Now Vitamin D status is that of an emerging wellness marker. Vitamin D is now recognised not only for its importance in promoting bone health in children and adults but also for other health benefits, including reducing the risk of chronic diseases such as autoimmune diseases, common cancer, and cardiovascular disease.

Vitamin D testing is increasing worldwide. Recently several diagnostic manufacturers have launched automated 25-hydroxy vitamin D (25OH-D) immunoassays. In last decade we have reliable and automated immunoassay  platform for estimation of Vitamin D. We find that Vitamin d deficiency is far more prent than hitherto known.
Globally, over one billion people are vitamin D deficient, and in the United States 77 percent of U.S. adults have insufficient levels of Vitamin D. Increases in vitamin D testing can be attributed to a growing global deficiency due to limited sun exposure and increasing links between Vitamin D deficiency levels and health conditions.
In order to ensure that laboratories are providing accurate testing results, its important their vitamin D testing methodology measures total vitamin D (25(OH) vitamin D2 and D3), is traceable to LC-MS/MS, and has acceptable precision.
The recent dramatic increase in vitamin D testing is primarily due to two causes. First, there has been a marked increasein vitamin D deficiency in the U.S. and throughout the world. It is estimated that one seventh of the worlds Population is vitamin D deficient, and a recent study shows that nearly 80 percent of the U.S. population is insufficient. Many of the insufficiencies in the developed countries are due to people limiting their exposure to the sun to reduce their risk of skin cancer. Vitamin D deficiency is found in these regions when individuals limit their exposure to direct sun by using clothing or sun block. Unfortunately, the amount of vitamin D consumed in diets will not compensate for the reduction of vitamin D caused by the use of clothing and/or sun block. The second reason for the increase in vitamin D testing is due to its use as a general health marker and the link between vitamin D deficiency and several diseases. The diseases that have been statistically linked to vitamin D deficiencies are various cancers, diabetes, multiple sclerosis, and cardiovascular and autoimmune diseases.
There was and probably is considerable confusion on the reference range. Earlier reference range were based on population studies and the lower limit of normal was considered 8ng / ml. there was flaw in population based reference range as majority of population had deficient or insufficient Vitamin D levels. So health based reference range is being used now in uating Vitamin D deficiency and that is the right approach.
As per health based reference range, 30 to 70 ng/ ml is considered normal and 20 to 30 ng/ml is considered insufficient and less than 20 ng/ ml is considered deficient. Pregnant women should receive 4,000 IU of daily vitamin D supplementation. Breast-feeding women should receive 6,000 IU of daily vitamin D supplementation. Vitamin D, not 25(OH) D3, crosses into the breast milk, and daily doses are preferred over weekly doses. Avoid supplementing the infant and instead supplement the breast-feeding mother directly. If the infant is bottle-fed, supplement with 400-800 IU/day.

The Sound of Serenity