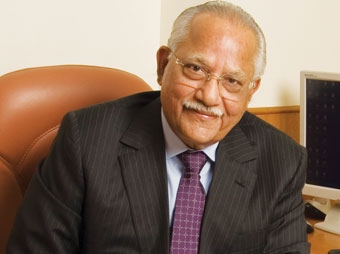 Dr Prathap C Reddy, the most respectable name in Indian healthcare talks heart to heart with eHEALTH magazine about his journey of bringing world-class healthcare to the masses in India

Dr Prathap C Reddy brought the concept of world-class corporate hospitals to India with the launch of Apollo Hospitals Group in 1983. Over time, the Apollo Hospitals Group became not only the most coveted name in healthcare, but also brought the best healthcare services to the country. Dr Reddy popularised the concept of preventive healthcare, which is the only way to curb the burden of diabetes, heart diseases and cancer in the country.

By setting up group companies including Apollo Telemedicine Networking Foundation, Health Super Hiway, Apollo Munich Insurance Co and the Apollo Reach Hospitals, he has established a modern healthcare network that reaches out to millions of lives throughout India.

Dr Reddy has been conferred with the Padma Bhushan in 1991 for his contribution towards emergence of the private healthcare sector in India and Padma Vibhushan in 2010 for his unparalleled contribution to Indian healthcare.

The journey from the Mango orchards of my village in Aragonda to Medical School in Chennai and then the US has been an eventful one. I always had a sense of empathy towards people and it was my desire to help people in need that prompted me to start thinking about becoming a doctor. Having said that, the real turning point came when I was practicing as a Cardiologist in the United States, leading a comfortable life, and then I received a letter from my father that triggered a new decision. He wrote that though he was proud of my achievements, he questioned as to what my current practice was doing for the health and wellbeing of my own countrymen. That question set me thinking and put me on a plane back to India to start a practice in Chennai and then ultimately I set up the first Apollo Hospital in Chennai in 1983.

I agree with philosophers when they say that the journey is more important than the destination. When I started out to build the first Apollo Hospital in Chennai in 1983, the concept of a private hospital providing high-end care was only a concept that was never conceived and much less attempted. The laws, regulations and economic environment were entirely obtuse to investments in healthcare or to even look at healthcare as an industry, for that matter. I always say that the number of bricks that it took to make the hospital in Chennai is the number of problems I had to face to start it. Much has changed in the intervening 28 odd years. We have 54 hospitals that, today, provide the best of the very best in medical care the world has to offer. Today, India has become the global healthcare destination and I cherish the role that my team and I have played in this growth. But more than that, the journey of Apollo has helped us touch millions of lives and saved people who are productive individuals contributing towards the rise of a strong India. I do not think the journey has ended or the destination reached as we continue to have ambitious plans to touch a billion Indians in the years to come.

Providing access to quality, world class care was the intent of Apollo in 1983 and it continues to be our focus even in 2012 to take healthcare to all. No one organisation or person can provide the solutions to the myriad health needs of our country which it faces, be it the challenges of geographies, economics, access, inequities and costs. We at Apollo have adopted multiple models to reach to every Indian be it through standalone hospitals, Joint Ventures with governments and its agencies, health insurance, pharmacies, eHealth, telemedicine or more recently mHealth.

I firmly believe that technology will be the force multiplier for health delivery in the years to come. When we conceptualised telemedicine, it was seen as a step too far; today it is part of every health providers bouquet of services. Similarly, when we brought in health IT enabled solutions by way of hospital information systems, knowledge management or ehealth solutions, a new paradigm in standardisation and delivery of healthcare services was achieved

I firmly believe that technology will be the force multiplier for health delivery in the years to come. When we conceptualised telemedicine, it was seen as a step too far; today it is part of every health providers bouquet of services. Similarly, when we brought in health IT enabled solutions by way of hospital information systems, knowledge management or ehealth solutions, a new paradigm in standardisation and delivery of healthcare services was achieved. I believe tomorrow is a reflection of what we do today. And in this present day at Apollo, IT and IT-enabled services are the key drivers for all our future plans.

We believe the elusive triad of providing access, equity and affordability to a billion Indians, who are part of our healthcare system can be dealt to a large extent by the use of technology.

Health has to become a priority for governments at both the Union and State levels. While schemes like the RSBY and NRHM are good; capacity building and creating a productive health human resource can only happen if healthcare is given an infrastructure status. Look at what it constitutes for an industry to be accorded the infrastructure status. As per the Rangarajan Committees Report, eight criteria are used to accord infrastructure status to any industry. We meet all eight, so it is high time that this good deed is done, as it will provide tremendous off-shoot benefits to the Indian economy. Capacity building in health infrastructure and human resources will increase employment and aid in providing health services to Indians. A healthy India is the cornerstone of a progressive nation.