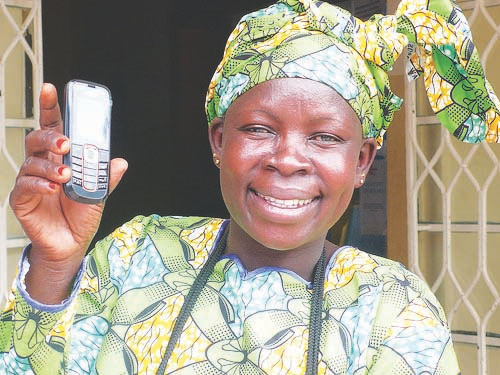 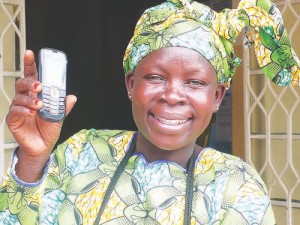 A mobile phone is one of the latest Information, Education and Communication (IEC) tools that are effectively being used to solve information sharing gaps within the health sector in rural Uganda. Text to Change has a flexible platform which can adapt to participants communication needs. For example, messages can be sent in English or Luganda, the local language. To overcome any illiteracy issues, Text to Change is going to use voice SMS, so that recipients receive a pre- recorded message, instead of having to rely solely on a text SMS.

Text to Change (TTC) provided HIV/AIDS awareness via a SMS-based quiz to 15,000 mobile phone subscribers during three months in Uganda. TTC was founded with the goal of improving health education through the use of text messaging, which holds the advantages of anonymity and strong uptake among the population. Partnering with the mobile carrier Celtel and the local NGO AIDS Information Centre (AIC), TTC conducted a pilot program from February till April 2008 in the Mbarra region of Uganda, with the objective of increasing public knowledge of and changing behaviour regarding AIDS. The program aimed to encourage citizens to seek voluntary testing and counselling for HIV/AIDS.

Free airtime was offered to users to encourage participation in the program; this was determined to be a powerful incentive since users can exchange the airtime with other subscribers as a type of currency. The quiz was interactive when participants gave a wrong answer they received an SMS with the correct answer from the cell phone provider. The uptake rate of the survey was 17.4 percent. The quiz focused on two specific public health areas such as general knowledge about HIV transmission and benefits of voluntary testing and counselling etc.

At the end of the quiz, a final SMS was sent to motivate participants to go for voluntary testing and counselling at the local health centre. Those who went to the centre were asked a final question: Was this was the first time they had an HIV test? After testing, participants were requested to leave their mobile phone number so that post-test counselling could be arranged. For the people who came to the health centres through TTC, HIV testing and counselling was free of charge. Initial grants from Merck, the US pharmaceutical company and the Dutch Ministry of Foreign Affairs supported the program launch.

In September 2010, Text to Change (TTC) and Health Child began a two year project in Jinja, to accelerate the uptake of postpartum care and promote the promotion of child health – including early infant HIV diagnosis, using SMS text and voice technology.

The program targets 450 pregnant women, to improve their awareness of maternal health and to attend at least four antenatal care visits at their local health clinics during their pregnancy. The program also aims to encourage them to take up post-natal care services, which include family planning, full immunisation, as well as Prevention to Mother to Child Transmission (PMTCT) and early infant HIV services.