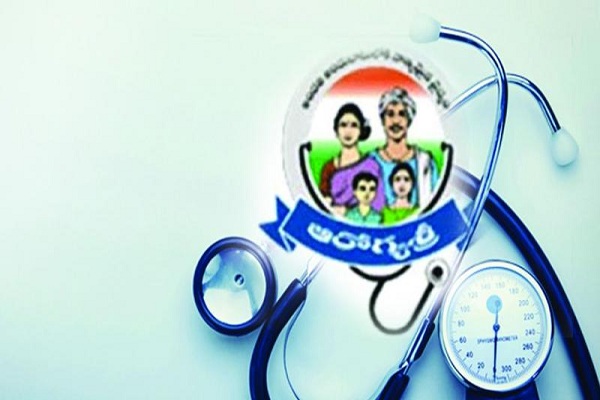 Rajiv Aarogyasri, a government-initiated health insurance scheme (working on a public-private partnership model) running in the southern Indian state of Andhra Pradesh, is one of the successful government endeavours ever for sustainable provision of health cover for people living below the poverty line.

Currently, Aarogyasri has no precedence anywhere in the country, and not even outside. Its success and related confidence of the state authorities can be gauged by the fact that the scheme started with INR 50 crore budget in 2007, which was further increased to INR 450 crore in 2008-09 and now for the current fiscal year it has been sanctioned more than INR 1000 crore (possibly INR 1350 crore). Covering majority of the state population and most importantly including the lowest strata of human society, the scheme has proved to be inclusive in real terms.

Though in India, it will be inappropriate to say that there has been any dearth of populist schemes, programmes, layouts or funds, but it would be quite appropriate to comment that the actual number of beneficiaries have been regrettably less. The popular inference of the former Indian Prime Minister, Late Rajiv Gandhi, and a similar statement made by his son Rahul Gandhi highlights the fact that out of every rupee allocated by the government, only 15 to 20 paise percolates to its intended beneficiaries. However, in case of Aarogyasri, it is not exactly the same!

Use of ICTs for monitoring the project has been a huge success and the enthusiasm of the government can be observed by its consistently growing financial allocations. A web based solution has been designed which provides real time information about every individual patient – right from the moment somebody comes to a primary healthcare centre to his/her admission into a city hospital and till the time he/she is discharged after the medical treatment. In addition, every single medical report of a patient is available online… so in case of a follow up, hard copy of medical records are just supplementary and not the primary requirements. Besides, with a 24×7 operational call centre, manned by 100 doctors and 1500 paramedics, telephonic medical counseling is provided through toll free numbers – 104 and 108, and is also used for calling ambulance for emergency situations.

It’s a unique scheme, connecting PHCs, hospitals, a health insurance company and the state government, and providing cashless treatment to almost 90% of the state population. Under this scheme, the empanelled hospitals (367 till date) are required to organize a health camp in rural and interior areas once in a week, for offering medical services to BPL families free of cost. Patients with minor health problems are seen and discharged immediately after providing required medicines and vaccinations, while those with severe ailments are given first-hand treatment and thereafter referred to a city hospital for complete cure – covering upto INR 2 Lakhs of medical expenses.

When a patient comes to a hospital he has an option of taking assistance of Aarogya Mithras in getting to the right doctor and for allotment of a bed. An Arogya Mithra is a volunteer appointed by Star Health Insurance company who assists Aarogyasri beneficiaries. Mithras will firstly verify if a person is eligible for Aarogyasri scheme or not. After inspection, he counsels the patient and takes him to the appropriate doctor. Depending on the case, the patient may be admitted or discharged after initial treatment and in case of complexities, Mithra or his/her team leader speaks to the medical superintendent and get the matter resolved. Also, he looks that every Aarogyasri patient and his/her attendant are getting proper quality meals while their stay in the hospital. There are currently 3394 Aarogya Mithras across the state, out of which 1554 are positioned at networked hospitals and rest1840 Mithras are deputed ate PHCs/CHCs/local hospitals.

According to the data made available by Aarogyasri officials, the scheme covers 2.03 crore families of the state of Andhra Pradesh, screening nearly 8000 people every day and processing 14-15,000 cases every 24 hours. There are more than 350 networked hospitals where Aarogyasri beneficiary can visit whenever required. Preauthorisation approvals are given within 12 hours for normal cases and almost immediately for emergency cases (through telephonic conversation). On an average, almost INR 3.5 crore worth of insurance applications are processed each day.

Ahamed Babu, Chief utive Officer of Aarogyasri, said, “Such a thing is almost impossible without a web based solution. Use of IT provides visibility, robustness, speediness and transparency in operations. Each case is traced right from the health camps and PHCs, duly integrating it with the call centre.”

The software used in Aaroyasri has been designed by TCS. While Aarogyasri Trust provided the domain knowledge, TCS provided the technical design and developed the solution accordingly.

Interestingly, Ahamed Babu has himself developed most part of its website – www.aarogyasri.org. The consistently updated website provides information about every element and factors involved in Aarogyasri ecology. The site has a section which delivers real time information about the number of medical camps, people screened, case registered, in patients, out patients, pre-authorisations, surgeries/therapies and insurance amount claimed thereof.

“We started with fax machines for doing pre-authorisation procedures. Initially, we were getting only 20-30 enquires in a day (in April 2007).  It was then when we realised that we are not reaching every one. Thus, we planned to get an IT solution and worked through it; and now everything in the scheme is online and on real time” Babu said.

The beauty of the project is in the simplicity of its processes, leveraged by the IT application. According to Babu, “We have taken all of the complexities and technicalities on our side [in the back end] and provided a simple non-sophisticated front end gateway to the end user”.

The capacity building part of the project is equally fascinating, and it can be gauged by a simple fact that 5000 people were provided ICT training to work on Aarogyasri systems in a matter of just two days.

Because of the non-complex nature of the project implementation and operation, the scheme has attracted many countries from the East as well as from West. Babu cited the eagerness among the Western countries for adoption of the scheme and stated, “I went to make a presentation to WHO in Geneva, having representatives from 44 countries including UK, US, Germany etc none of them said that this is happening in their country and everybody wanted to adopt this.”

“The most important thing that attracted their attention was the reasonable cost of the ICT solution. I spent only $0.02 per beneficiary for having this solution. Whereas, countries like Germany and Holland spent up to $5000 per beneficiary, and that too without any appreciable outcome. Even in US, the government spends $300-400 million on IT but the outcome is not satisfactory. I suppose I have become an enemy for many IT companies,” he added.

19 state governments in India and three countries (South Africa, UK and USA) have already studied our model. China, Egypt and Germany have shown interest in copying this scheme. Two states, namely Karnataka and Tamil Nadu, have announced their schemes – Suwarna Arogya Surakhsha Yojana and Chief Ministers’ Health Insurance Programme respectively. However, they have not implemented as yet. The main challenge coming on their way is the database, whose availability has been one of the success factors in Aarogyasri.

Like any other project, Aarogyasri had its own challenges and strengths. Change management (at the lower level) and acceptance (and approval at top level) have been some of the major issues. “Though change management is a challenge, you have to break down the hollow surrounding around IT, and the mindset that IT is not do-able and done only by highly trained people,” Babu said raising a very valid point.

Political will coupled with technology literate people working on the project has made it a success. Also, it’s important to note that Aarogyasri is one of the few government offices in the state, which works 24×7. Right from the CEO to a health worker (Aarogya Mithra) involved in this scheme, a consistency in the commitment level can be easily noticed. Thus, one can say that commitment of the team has been a great driver for Aarogyasri.

According to people working with Aarogyasri Trust, the higher-level officials work for more than 14 hours a day. The CEO himself comes to office in the morning and returns not before 10 in the night. The team leaders of Aarogy Mithras have to oversee some 6 to 8 hospitals and in some cases they have to stay for long even after their duty hours. But interestingly, many of them don’t feel any trouble in doing so. No doubt, with this kind of conviction from top to bottom, the target of covering all possible beneficiaries set for 2009, was achieved in the beginning of 2008 itself.

For each case operated and discharged, the system generates a letter in the name of CM, which goes to the beneficiary, requesting to write about his/her experience in getting service through this scheme. According to Babu, response ratio for the feedback system is nearly 65% and these letters are the tools to conduct a sort of social auditing, by judging the performance of various stakeholders involved in providing the services. “As a result of such a system, every hospital is treating their patients very carefully. We do take action on the basis of these letters and in the past, some 50-60 hospitals have been carved out because of repeated negative feedback about them.”

While the scheme has set precedence in the history of providing the very basic amenity needed in human life, that is, the health care to the people under poverty line, there are some issues related with the ecology of the scheme which demands equal attention.

With the initiation of a health insurance scheme like Aarogyasri, its quite natural that the number of patients coming to hospitals, both government and private, will increase manifold. Proportionately, the state government was supposed to expand and increase the existing resources in terms of number hospital beds, doctors, specialists etc. Another important aspect that has emerged over these years is the increased financial burden on government hospitals – since only a specified amount is refunded to it, rest of the follow up and other related treatment is done without any reimbursement.

Another important facet essential to notice here is the soaring of number of surgeries in private hospitals as compared to the government hospitals. Bigger government health centers which have procured sophisticated and expensive instruments and manage a good pool of doctors are finding it difficult to realise the true potential of their capabilities for providing critical surgeries in a relatively cheaper rates as compared to private hospitals, which are fortunately enjoying a good share of the total money spent on surgeries through this scheme. For instance, in October 2008 the cardiology wing of the Gandhi Hospital (a government hospital) was inaugurated with a capacity to perform 1,000 surgeries in a year. Nevertheless, between January and May 2009, the department has done only 85 surgeries.

Taking stock of the current prevailing situation, in a recent review meeting, the Chief Minister of the state has contemplated streamlining the medicine procurement and its supplies in government hospitals and rationalising number of beds and other facilities. We can hope that in near time, the state government of AP, will come up with measures to fulfill the demand side requirements of the scheme and will continue to maintain the existing level of standards and regular enhancement of service delivery in Aarogyasri.