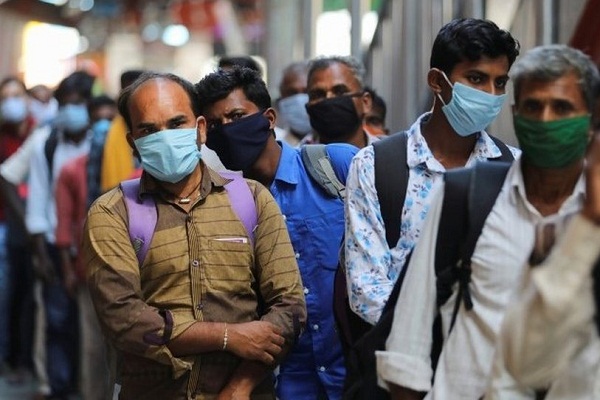 The country’s daily new cases continue to rise as it registered 1,03,558 new Covid-19 in the last 24 hours. Eight states including Maharashtra, Chhattisgarh, Karnataka, Uttar Pradesh, Delhi, Tamil Nadu, Madhya Pradesh, and Punjab have shown a steep rise in the daily new cases as these have registered 81.90% of the new cases.

Maharashtra has reported the highest daily new cases at 57,074 (55.11%). It is followed by Chhattisgarh with 5,250 while Karnataka reported 4,553 new cases, the Ministry of Health and Family Welfare (MoHFW) said.

According to MoHFW, India’s cumulative recoveries stand at 1,16,82,136 today. The national recovery rate is 92.8% as 52,847 recoveries were registered in the last 24 hours. It also informed that 478 deaths were reported in the last 24 hours. Eight States account for 84.52% of the new deaths. Maharashtra saw the maximum casualties (222). Punjab follows with 51 daily deaths. Twelve states/UTs have not reported any COVID19 deaths in the last 24 hours. These are Puducherry, Ladakh (UT), D&D & D&N, Nagaland, Meghalaya, Manipur, Tripura, Sikkim, Lakshadweep, Mizoram, A&N Islands, and Arunachal Pradesh.