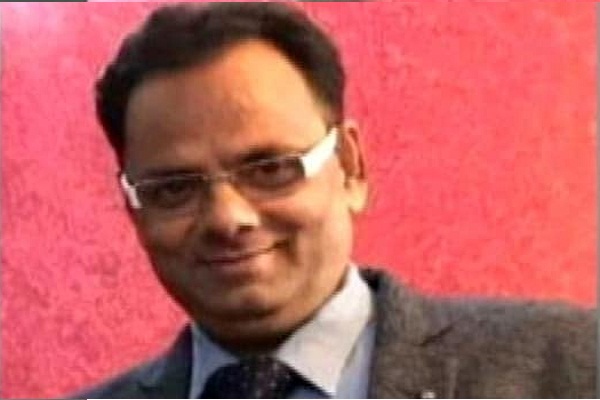 A senior doctor at New Delhi’s Lok Nayak Jai Prakash (LNJP) Hospital has died due to Corona infection, days after he was tested positive.

The 55-year old Dr Asheem Gupta, a senior consultant of anesthetics, died on Sunday. Gupta had been serving in the hospital’s Intensive Care Units after LNJP was declared a Covid-19 facility on 17 March.

His wife, Dr Nirupama Gupta, a radiologist working in Ghaziabad, had also contracted the virus but recovered some days ago, a report said. As per the report, the deceased was tested positive three weeks before and was recovering. On Sunday, he developed pulmonary embolism — an arterial blockage in the lungs — leading to his sudden death.

“He got a test done after he suffered from breathlessness. On 8June, his test result came back as positive. He was admitted to LNJP’s ICU before being moved to the Max Super Specialty Hospital in Saket,” Dr Suresh Kumar, medical superintendent of LNJP was quoted saying by The Print.

Corona infection has led to death of thousands of healthcare staff who have served at frontlines in providing treatment. According to reports, over 1,200 medical staff across Delhi have tested positive for Covid-19 since March.

Including Gupta, LNJP has lost five staff to the infection. The hospital has so far reported 72 of its members as Covid-19 positive, it said in an affidavit filed in the Supreme Court on 16 June.