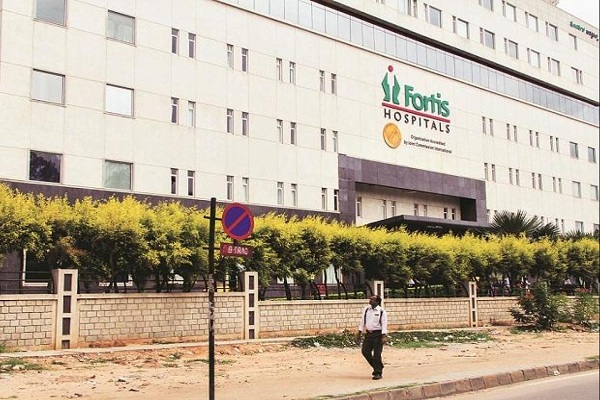 Healthcare chain, Fortis Healthcare has announced a profit after tax of 67.8 crores for the quarter against a loss of Rs. 70.8 crore in the first quarter of last year.

The amalgamated revenue of the company grew 9.2 per cent to reach Rs. 1,138 crore.

While Rs. 4,000 crore has been infused by Malaysian healthcare giant IHH in the company, Fortis is still waiting to complete the whole deal in the light of the Supreme Court (SC) stay imposed on the Fortis-IHH deal, which disallows floating of an open offer to infuse an additional Rs. 3,300 crore in the company. The SC has heard all arguments and reserved it’s verdict.

“With the money that came by from IHH, assets of Religare Health Trust have been acquired which has led to the credit rating improvement of the company. However, a major part of the transaction has been stayed by the SC, which has led to apprehension amidst people but that is not impacting the day-to-day operations at a functional level,” Raghuvanshi added.

Raghuvanshi also said the company is co-operating with investigative authorities like the Enforcement Directorate (ED) by sharing data and information from the company’s old records and meetings following raids at the Singh brothers’ offices and residences.

In the midst of these happenings, Fortis has to recover approximately an amount of Rs. 445 crore from it’s former promoters Malvinder and Shivinder Singh.

Raghuvanshi further said the Fortis brand is not owned by the company, and the company merely has a license to use it. “We are exploring options to acquire the brand or change it,” he said.

Headquartered in India, Fortis Healthcare started its health care operations from Mohali and later on, the hospital chain purchased the healthcare branch of Escorts group and expanded to various parts of the country.