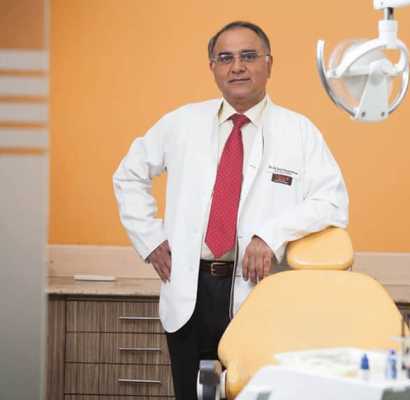 The National Institution for Transforming India (NITI Aayog) agreeing in principle to allow dental surgeons to undergo the bridge course for allowing them to practice as a general physician has attracted mixed response from various healthcare quarters. The response is mostly marked by concern, and not euphoria, thus suggesting the need to be cautious in implementing anything which deals with healthcare, the most important component of our life after education.

Evaluating on its merit, why the Govt is considering this extreme step;two possibilities emerge; a) shortage of MBBS doctors in the country and govt wants more doctors, so better convert existing BDS doctors to MBBS who have already undergone part of the curriculum, b) lack of opportunities for BDS doctors coupled with limited job options,so provide them with an opportunity to become medical doctors thus creating more jobs for them.

Fact is that the country is churning out approximately 65,000 doctors and 30,000 Dental Surgeons every year. While the numbers on its own are phenomenal, there are shortages where the need is more. It was interesting to study the available health data and the figures, and one realizes;“Argument based on the premise of low doctor–population ratio has been used for launching several public health interventions. As per this paper, India has already reached WHO norm of 1:1000 doctor–population ratio.

The health system has moved from “not available” to “available but not engaged” status or “available but maldistributed and inefficient.” Quoted from – Kumar R, Pal R: J Family Med Prim Care 2018; 7:841-4. In the same context, Sunita Rao R from Times cites, “India has One Doctor for every 921 people, which includes Ayurveda, Homeopathy and Unani alongwith allopathic doctors”; and there is no doubt that one has to consider all systems in medicine for working out the number of healthcare resources. Come to think of it, the massive numbers of midwives must also find a mention as they are the ones who are conducting most deliveries in the rural areas, however they are counted above.

To quote the national president of IMA, Dr. Santanu Sen, “There is no shortage of doctors in the country. As many as 63,250 MBBS graduates come out of 494 medical colleges of India every year. Further, there are only 23,729 PG seats and the fact that the Government does not have the capacity to absorb the rest of the Doctors in any jobs. Every year the unemployment amongst young medical graduates is a cause for great concern. The frustration of these young Doctors with a decent undergraduate degree in medicine has to be addressed.” The government must look into a more serious aspect of the situation rather than coming out with an ad hoc policy initiative which is going to add to the already burgeoning massive pool of medical doctors without addressing the basic issue.

While agreeing, that NITI Aayog, our highly respected thinking body, must have taken into consideration many factors before contemplating the bridge course; however, the demographics of the country and the prevalence of dental diseases is clearly indicative of a stark deficiency of dental surgeons soon. The need to bridge the gap for addressing the shortfall of Bachelor of Medicine and Bachelor of Surgery (MBBS) doctors in the country is real and needs the adoption of unconventional methods. In this context, the announcement is welcome, but we must not lose sight of the core concerns being faced by the country men which necessitated such radical decision by the Aayog. The primary concern here is an acute shortage of Doctors in the ‘Rural Areas’, which is not going to be addressed by making the dental surgeons go through a bridge course and make them medical practitioners. So, the problem is more towards ‘resources available but not rationalized to need’, and hence will require different medicine.

The million-dollar question is – will the proposed move ensure that we have competent doctors? That the bridge course will produce doctors who are highly competent. Let’s look at the dental surgeon’s dilemma who are going to be the users of this scheme or the beneficiaries (or not).

To whom this scheme will apply? Those who are still in college or those who have passed and not found jobs. Mostly the scheme will be opted for by dentists who are not doing well, and thus there is every possibility that it will create another level of doctors who did not find selection in any job and now would like to get a medical degree to explore other options.The new category will not find easy acceptance amongst the medical doctors.

The two disciplines of health care have by and large learnt to co-exist, each one understanding their areas of expertise and limitations with mutual respect and recognition. Way back in 1970s, situation was very different, and the dental surgeons were placed a step lower than their medical counterparts in all Govt and Private jobs; however, parity has been brought in and this issue has been addressed in most places including the defence services. Maybe,we will create another issue with this move.

Starting a measure where dentists will get a chance to practice medicine and not the vice versa may start a new controversy! Already faced with the problem of shortage of dentists in our country, we are perhaps erring in assuming that their upgradation will address the gap between doctors and patients in rural areas. There will always be a trust deficit dentists-turned-family physician and their patients. There is a whole lot of difference between what a proper family physician needs to be taught and what a dentist is supposed to learn.

Dentists’ have a large amount of hand-skills to practice before getting to qualify BDS and they also learn to handle patients independently from final year onwards. There is an element of serious risk which may ultimately lead to creating licensed quacks than doctors in the name of bridging the gap. The entire exercise may act as a double-edged weapon, and our dentists may turn out to be good at nothing in the long run, neither dentist nor physician.We also need to understand the fact that these dentists or dentist-turned-physicians will not be welcome in any top hospitals.

NITI Aayog will have to settle another very important issue which is very sensitive for both medicals and the dentists i.e. Governing Council. Till now, there have been separate Councils for medical and dental and there is little overlap. The apex statutory body which governs the educational and other aspects in India for medical and dental are Medical Council of India & Dental Council of India respectively. Once we have this new category, which council will govern their actions at the national level and which one at state level and which statutory body will grant the ‘license to practice’ or the registration and for what practice? It might be a severe setback to the Dental Council of India (DCI), which may ultimately become an extension of the Medical Council (MCI).

In fact, the need of the hour is to allow MBBS doctors to pursue a course in dentistry so that the yawning gap in addressing the glaring, and rapidly rising cases of oral problems are addressed in the right earnest. The whole idea of ‘a bridge course’ for dental surgeons will be counterproductive if any action is taken in a haste. We need to understand the fact that practicing medicine is not a matter of formality, but of curing the people’s ailments.

It is agonizing indeed that despite being a major health challenge, oral diseases have not yet got the due attention of our policymakers. A ‘Nature’ report, quoting Indian National Cancer Registry Program, points out that there has been a worrying rise in cancers of the upper aero-digestive tract; mouth, tongue,oropharynx, hypopharynx, larynx, and esophagus among both sexes.

The Global Adult Tobacco Survey India, conducted in 2009-10, revealed that 35% of adults used tobacco. Tobacco-related cancers are expected to constitute 30 per cent of the total cancer burden by 2020. The Indian Council of Medical Research (ICMR) in 2018 found that between 2012 and 2018, cases of the lip and oral cavity cancer registered a whopping rise of over 114%. With changing lifestyles and rapid rise in consumption of chewing tobacco and the use of cigarettes, this is likely to see a further spike.

It is also pertinent to mention that owing to this rapid deterioration in Oral Health Care, the Union Health Ministry is formulating an Oral Health Policy focused on dental health promotion, prevention, and treatment. It is learnt that considering the weak policy framework on Oral Health care, the Government is keen on having a stronger policy in order to promote prevention, streamline data collection and registration, enhance the quality of dental education, eradicate myths, eliminate rural-urban divide in oral healthcare, reduce morbidity caused by oral-related diseases. All this require a more skilled, and focused workforce. Diluting dentists’ responsibilities with that of general medicine could derail this focus.

In recent times, prevalence of Oral ailments has been found to be high with dental caries and periodontal diseases as the two most common diseases. It is a well-known fact that Oral health is associated with various systemic conditions like diabetes, cardiovascular disorders, pregnancy and how it impacts the quality of our lives. Lack of awareness coupled with poor infrastructure, including equipment and machinery, are definite roadblocks and have hurt the health of Oral care in the country. If we were to divert the specialized task force of dentists, we would be further aggravating this.

The Indian Medical Association (IMA) has rightly opposed the Central government’s proposed ‘half-baked’ move and called the idea of having bridge courses and mid-level practitioners to fill gap doctors in rural areas as a “myth.” The apex medical body has also opposed the move to “baptize” dentists, nurses, optometrists, and pharmacists as mid-level medical practitioners through a six-month bridge course.

To sum up, the need of the hour at this juncture is tofulfil the deficiency of MBBS doctors in rural areas and create better job opportunities for dentists. The Aayog has to impress upon the Govt, that it should make it a highly lucrative option to set hospitals/clinics in rural area by the medical / dental practitioners.It will definitely help to create Interest Free Loans for setting up the practices in rural areas. Declaring the rural areas as Tax-free zones for 5 years for all health entities will attract many to set up businesses there.

For the Govt service, in rural areas, offering subsidized rental accommodation and rural allowance will attract more doctors going there. Bringing in a legislation for the mandatory rural service for 3-5 years, especially for the reserved quota admissions for both the medical and dental graduates will have immediate effect and the country will not have to wait for 3-4 yrs before Bridge Course for BDS takes its effect. And these measures are not being contemplated for the first time; easy loans and tax-free sops are already being enjoyed by industries at various locations.

The attention given to this topic by NITI Aayog is indeed praiseworthy and the efforts are lauded, however, relevant inputs will definitely carve out a new path for these professionals and the Aayog will be remembered for this herculean task for ever as this will benefit the whole population of our country for years to come.