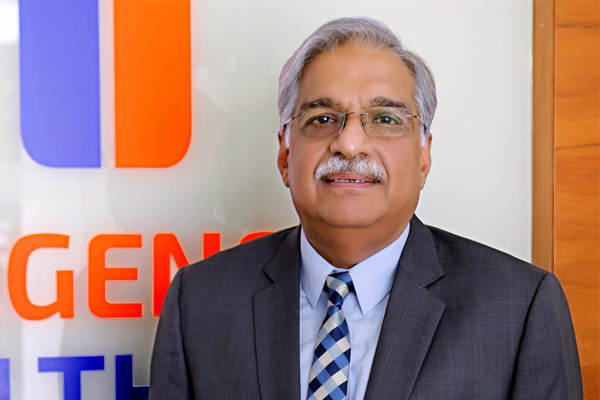 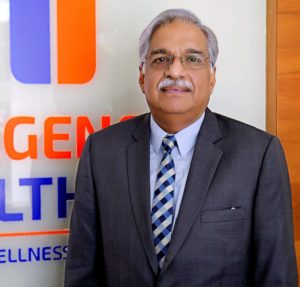 Greater insurance penetration would lead to a healthier and wealthier India. The online renewal of health insurance has now been made possible and feasible. The tiring process of getting a health insurance done can now be tackled. The market size that needs to be captured in Uttar Pradesh is huge and a lot remains to be explored, writes Dr Atul Kapoor, Managing Director, Regency Healthcare, for Elets News Network (ENN).

India with its 1.3 billion population is topping the list of most major health ailments”from malnutrition, obesity, diabetes, tuberculosis, cancer, hepatitis, cardiopulmonary diseases, to stroke” and the list is endless. At the same time, more than 70 per cent area of India is not covered by healthcare or medical insurance. Needless to say, the penetration is extremely low in India.

The healthcare insurance sector in the past decade has witnessed a major evolution with economic liberalisation, introduction and growth of private insurance providers. As per Government report, the country recorded around 600 per cent growth in the past decade. The 4th National Family Health Survey reports a growth from 4.8 per cent in 2005“2006 to 28.7 per cent in 2015-2016 in households with usual members covered by a health scheme or insurance”with the numbers being high in metros and around 7-8 per cent lower in Tier II, III cities.

While the growth is good, the same cannot be said about the State of Uttar Pradesh (UP). It is most populated State in the country with more than 19 crore people”only 6.1 per cent are covered under health insurance, despite around 500 per cent increase since 2005 to 2006. Insurance coverage in urban UP is around 8 per cent while it is only 5.4 per cent in rural parts of the State. In comparison, the second most populated State Maharashtra has 15 per cent of its people covered under insurance”twice than that of UP. While health insurance penetration is relatively better in metropolitan cities, it is negligible in Tied II, III cities. Moreover, in the health burden of Uttar Pradesh is 50 per cent larger than Madhya Pradesh. Evidently, a lot of ground needs to be covered by providing a robust healthcare back-up to the majority of the population in UP. But before the factors that are preventing people from buying health, insurance needs to be identified.

Life vs. health insurance: Worry about life as much as life after death

The benefits of life insurance have sunk into the minds of people more quickly than the awareness on the health insurance. The reasons are straightforward. Most people see life insurance as investments which usually assure a return, as they mature or will benefit the family in case of an untimely death. The support to the family is immeasurable, as much as a promise of a saving compounded over the years. In addition, life insurance is largely sold as a tax saving instrument”a policy which is making slow inroads in the medical insurance.

The health insurance does not promise any such policies. The premium amount seems to be going down the drain in case no one in the family suffers any major health issue in the year. The benefits of covering the shooting expenses of healthcare do not seem to be visible, as people usually assume that they will not contract any major illness due to their present state of health. The danger of contracting any communicable disease or developing any underlying condition is not on the face, as much of a loss of a real person.  Furthermore, diseases are perceived to be ones that heal, while death has a finality attached to it. Clearly, the danger that is lurking in the form of the major illness is not realised by the majority of population and health is compromised, as it has been observed that Indians tend to wake-up to health insurance after contracting major diseases. The situation necessitates a change of mindset in people and more awareness on the importance of medical insurance needs to be propagated through various channels.

With the advent of urbanisation, the Indian society is witnessing a transformation. Changes in lifestyle, not only in cities but also in villages, are visible. In addition, related factors such as stress, long hours of work, inadequate physical activity, and unbalanced and unhealthy dietary habits, all these factors are contributing to a major healthcare disaster. The incidence of various noncommunicable diseases is generally rising and so is the case for communicable diseases.

Medical care for all these diseases is largely expensive; expensive enough to put a huge stress on the finances of an average Indian family. It is noteworthy that the expense is not unjust. Treatment for diabetes, cancer, HIV, dengue, diarrhoea, heart, kidney and liver diseases and much more is expensive, and public and private hospitals alike need to come out and put in efforts for making treatments affordable.

At the same time, a major drain on the finances is medicines, especially in those cases where the patient is suffering from chronic lifelong illnesses.  Furthermore, adding to the financial strain are indirect costs which include expenses such as travel, boarding and lodging. This situation becomes further grievous in case the patient is the earning member of the family, which amounts to drying of the source of income.

While life, home, and other insurances, and even investments, are incentivised and some are mandatory, health insurance is largely not included in both formats. We ignore the fact that illnesses strike without warning”and seriously impact our finances and eat into our savings in the absence of a good health insurance or medical insurance plan. Over two-thirds of all Indians sell assets or dip into existing savings to meet healthcare costs.

Various stakeholders can help ensure a comprehensive policy change and development to build a robust health insurance framework within Uttar Pradesh, and at large within the country, which will result in deeper penetration. Standardisation of tariff to a major extent on similar turf will benefit consumers.

Awareness regarding health insurance needs to be propagated within the State”in the urban and rural region through agents and private players. A more diverse portfolio of insurance products needs to be introduced to attract more people within the fold of insurance. A few steps will boost the cause further in gaining peoples confidence. Quicker and timely claim settlement and capital monitoring and product level norms, in addition to the public-private partnership (PPP), will raise the confidence of people in these financial products.

The integration of health infrastructure with digitisation has shown visible improvements in the spread of public awareness. The government can use it as an efficient tool to underline the importance of health insurance. The switch to digitising healthcare has been seen to have some positive outcome. Health insurance in India is difficult especially for people above age 45, as they have to undergo multiple tests. Better healthcare expenditure would not only lead the countrys prospects but also increase the countrys capital by pumping money earned through investments in healthcare. Greater insurance penetration would lead to a healthier and wealthier India. The online renewal of health insurance has now been made possible and feasible. The tiring process of getting a health insurance done can now be tackled. The market size that needs to be captured in Uttar Pradesh is huge and a lot remains to be explored.