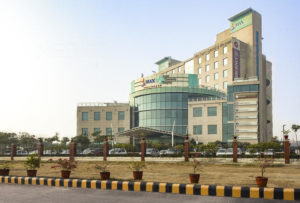 A day after Haryana’s Minister of Health Anil Vij ordered removal of Fortis Hospital, Gurgaon, from the state government panel following the death of a seven-year-old girl at the hospital and the girl’s family being charged about Rs 16 lakh, the Delhi Government has cancelled the licence of Max Hospital in Shalimar Bagh for wrongly declaring a newborn dead.

“We have cancelled the license of Max Hospital Shalimar Bagh, the negligence in the newborn death case was unacceptable,” Delhi Health Minister Satyendra Jain told reporters on Friday.

“Max Hospital is a habitual offender and three notices were served earlier to it. And, it has been found guilty in those cases too.”

“Three notices had been issued to the hospital over lapses involving the EWS (extremely weaker section) quota patients. The action taken on it is in continuation of effect of previous notices,” he added.

The government took the extreme step after a couple complained alleging that their twin babies — a girl and a boy — were declared stillborn by the hospital but later it was discovered that the boy was alive.

The hospital handed over the bodies of the twins in a polythene bag, but just before the last rites of the babies was being performed the baby boy was found breathing. The boy died nearly a week later in a nursing home in Pitampura.

An inquiry set up by the government found the hospital guilty.