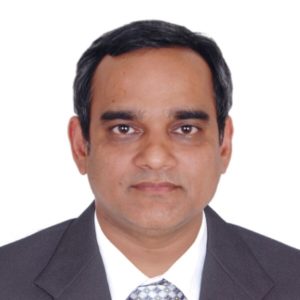 Prostate cancer is among the most common form of cancers in men. September being celebrated as the prostate cancer awareness month the world over, here is an insight on the disease from Mumbai-based urologist Dr Rajesh Bajpai.

What is a prostate gland?
The prostate is a walnut sized glandular organ, located beneath the urinary bladder in men. It contributes to the urinary flow control and produces several enzymes that play a role in the seminal fluid. Testosterone, a hormone from the testes, serves as nourishment for prostate and regulates its enlargement.

When does it get a cancer in it?

With advancing age like any other organ, the prostate can too harbour diseases like non-cancerous enlargement and also a cancer.The battle against prostate cancer is based on a public health strategy. The cure rates are increasing and mortality is decreasing. Prostate cancer is one of the major health issues of the western world. If the current trend continues it will also become the most frequently diagnosed cancer in men globally, as is already the case in Europe.Cancer prostate remains the first ranked cancer in men in Europe. Due to the potential of complete cure if detected early, screening or early diagnosis may be proposed to men between 50 to 75 yrs.

What are the risk factors for cancer prostate?

Relatively little is known about its exact cause. Convincing evidence has been produced for only a few risk factors viz. age, genetic predisposition, and ethnicity.It is hardly found in less than 45 years. First degree relatives of affected men carry a two to three fold increased risk of being diagnosed with the same disease. Asians have the lowest incidence. African American have the highest risk. The exact relationship between androgens (a natural hormone) and development of prostate cancer remains to be elucidated. Diet seems to play a role though. Dietary fats, red and processed meat, vitamin E, selenium, Lycopene, cruciferous vegetables and green tea have all been associated with prostate cancer risk.

Since you said it can be diagnosed early, tell us how to screen for it?

Screening (for early diagnosis and prevention of the disease) PSA, DRE (Digital rectal examination) and TRUS (Rectal ultrasound) are the three main modalities for the early detection of the cancer. All serve as an indicator for diagnostic biopsies. If any of these is not normal then a biopsy is advocated.

Biopsy confirms the clinical suspicion of a prostate cancer.  It also defines the “virulence” of the disease by giving a Gleason score. Higher the score, more virulent is the disease. Once confirmed by prostatic biopsy, the TNM classification, Gleason score, and the baseline PSA, will determine the fate of the patients, and these risk factors will guide the physician to provide the patient a road map. Once diagnosed the disease is staged i.e. the extent of disease spread is estimated.

So what do we do to stage it?

By doing an MRI scan and a bone scan. Occasionally a PET CT may also be asked for. These tests then divide the disease broadly into three stages. 1. Prostate gland confined. Disease is localised to the  gland 2. Locally advanced. Beyond the prostate borders but not gone far and wide from the prostate. 3. Wide spread in the body (called metastatic disease).

How do you treat the disease then once it is staged?

Treatment would depend upon the stage of cancer or in other words, the extent of the disease spread. Prostate cancer can be treated with curative intent when detected early. However one out of every 4 or 5 men who are diagnosed with prostate cancer will succumb to the disease. Some patients with very low risk will be allowed active surveillance and can still be treated later on at pre-defined triggers. Medical oncologists face the systemic disease. A lot of patients who are not cured today may have an extended survival, prostate cancer becoming more like a chronic disease

1. When the disease is localised to the gland, complete removal of the gland can potentially make the patient disease free. Treatment options are radiotherapy or surgery (open , laparoscopy or robotic)

2. Locally advanced. Some injections and then if it is possible surgery or radiotherapy.

3. Metastatic disease. Since the disease has spread beyond the prostate and to the other organs, complete eradication of the cancer is not possible. Treatment is aimed at decreasing the discomfort associated with the metastatic disease. This can be in the form of a small surgery (removal of testicles) or regular monthly injections. Also some additional therapy in the form of radiation and or tablets may be given.

Robotic arms to hold the surgical instruments are put into the abdomen like a laparoscopic surgery and these are controlled by a surgeon sitting at a distance from the patient on the controlling console. The instruments held by the arms do the surgical dissection on the command of the surgeon. So it is not the independent robot which does the surgery. Actually the surgeon has the complete control on what the robot does, so better the surgeon, better the outcomes of the robotic surgery. But this technique has definitive advantages over the other two techniques and today it is the approach recommended by many.

Are there any side effects of the surgery?

Yes. Predominantly two:
Loss of erections:  The nerve responsible for erection may get damaged during surgery. But now nerve sparing techniques are available, especially when done robotically, wherein this problem can be addressed properly.

Temporary loss of control of urination: This is a transient phenomenon most of the times majority would gain control over the first six to eight weeks post surgery.

After surgery how do you follow up the patients?

Patients needs to keep meeting the urologist for at least five years after surgery at recommended intervals and do the blood tests as advised.