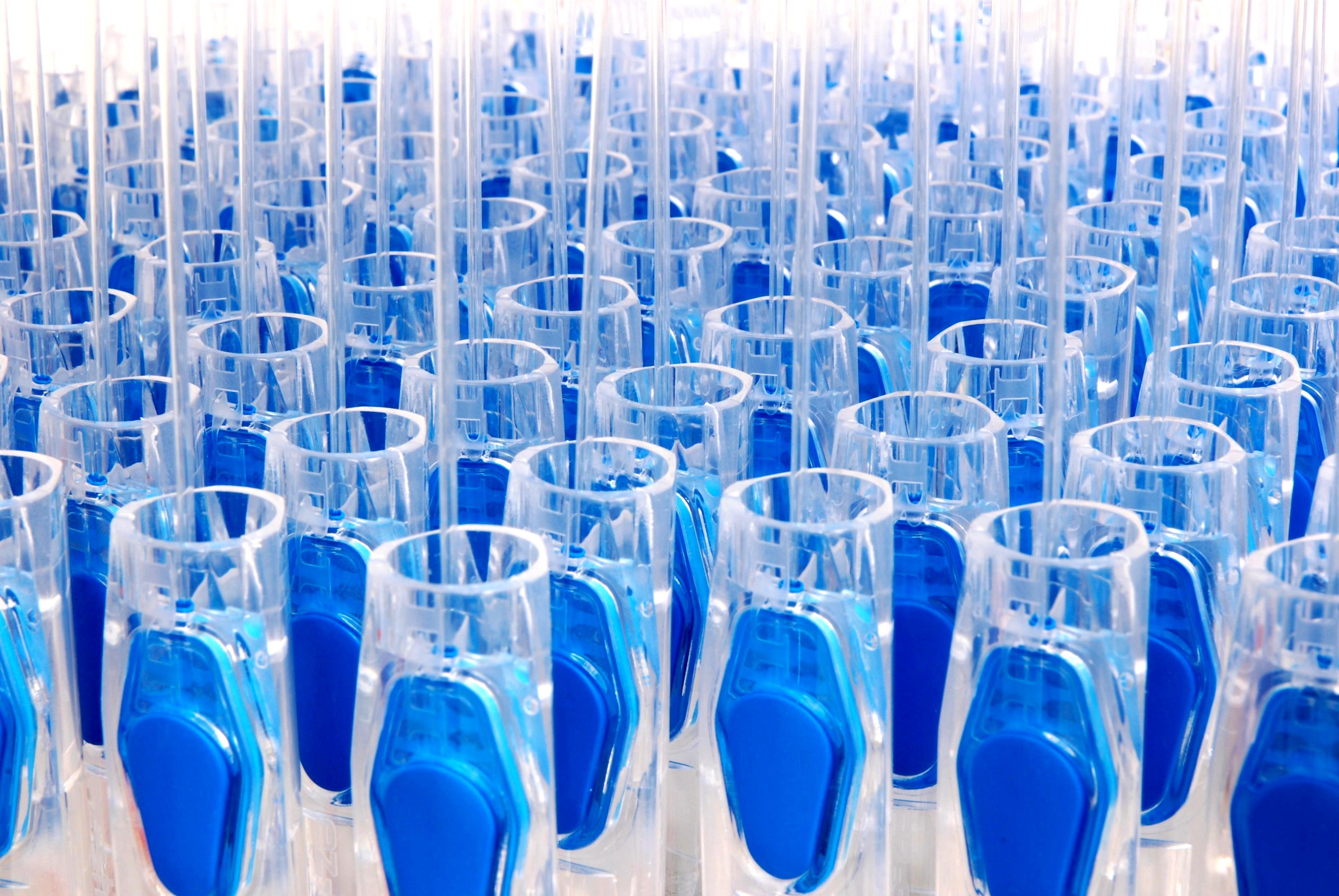 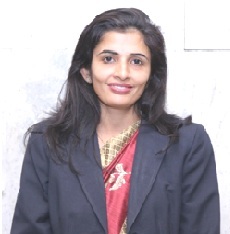 Having evolved significantly in the last decade, the Indian medtech industry is witnessing a high growth trajectory. But due to a number of ecosystem constrains, this industry sector has not been able to achieve its full potential. The recent policy changes initiated by the government to create a predictable and enabling ecosystem are expected to set the ball rolling to make India a powerhouse in manufacturing of medical devices, writes Dr Suchita Markan, Assistant General Manager at BCIL, for Elets News Network (ENN).

To foster any medical device innovation, we need market push and technology generators such as trained manpower to generate ideas; funding opportunities for nurturing the idea; intellectual property (IP) protection; infrastructure to seed the IP or technology into a company set-up; and tax incentives policies for ease of doing business.

Besides these, well-oriented regulatory policies are required for developing and scaling-up regulatory compliant technologies and mechanisms for supporting technology absorption and increase market reach for the benefit of the nation and the economy at large.

Environment is Conducive for Innovation

Today, India offers a unique and dynamic platform for nurturing medical device innovations to transform ideas into reality. Recognising the immense growth potential of medical device sector, the Government of India has identified the medical devices industry as a sunshine sector for the Make in India initiative. Since 2014, India has witnessed numerous fiscal initiatives and policy changes which led to the development of a robust and enabling ecosystem for this sector.

Although these policy initiatives were taken-up over a period and were functioning in silos, but as a whole, these led to creation of an incredible enabling ecosystem to boost medical technology innovation and manufacturing in the country.

At present, the Indian medical devices industry is fragmented into small and medium enterprise category and is primarily manufacturing products such as disposables or medical supplies. Requirement for high-end medical equipments are met by multinational companies. It is estimated that there are about 800 indigenous manufacturers in the country, primarily in the low-tech domain. Domestic firms generally participate in the low priced, high volume market segment wherein competition is intense. MNCs are generally not much engaged in manufacturing and R&D but primarily in marketing value added, imported technology driven products in India. However, after the recent spur of Make in India campaign, some manufacturing companies are now shifting their focus from capturing the market share to market creation. They are discovering innovative products for market niches.

The government through Department of Biotechnology is also investing substantially on collaborative programmes like Stanford India Biodesign programme (SIB) and School of International Biodesign to boost medical technology innovation in the country and for developing the next generation of medical technology innovators and entrepreneurs in the country. Such programmes are being implemented at AIIMS and IIT Delhi in collaboration with leading universities of the Western world such as Stanford University, universities of Australia and Japan.

These programmes are creating medical technology innovators, multiple innovative medical device technologies and start-ups which are making huge impact. Programmes like SIB are promoting startup entrepreneurship which is crucial for developing innovations, creating new jobs and introducing competitive dynamics into the business environment.

As the startups spur and create new Intellectual Property, they need appropriate mechanisms for protecting their IP which is their key asset. To build a strong eco-system for nurturing innovation and startups in the country that will drive sustainable economic growth and generate large scale employment opportunities, the Government of India in January 2016 launched Startup India as its flagship initiative. The government through this initiative aims to empower startups to grow through innovation and design. On January 16, 2016, the ‘Scheme for Facilitating Start Ups Intellectual Property Protection (SIPP) under the Start-up India action plan, was launched by the government. The registered startups in India are now eligible for 80 per cent concession in patent application fee.

Under this scheme, the government has set-up a panel of facilitators to provide legal support and assist start-ups in filing of patents, trademarks and design applications on pro-bono basis and offer fast track processing of patent applications. Only the statutory fee has to be borne by the start-ups. This was the major step taken by the Indian government in order to encourage budding entrepreneurs to enter the market and compete as well as innovate along with the established industries. In the recent past, the start-up culture has begun to emerge in India which is now becoming home to 3,100 startups every year.

Apart from facilitating IP filing and protection of intellectual capital of the startups, institutional mechanisms in the form of bio incubators and technology entrepreneurship parks are also being set-up in a big way in the country to nurture bio-entrepreneurship. Different government departments and ministries such as DST, BIRAC, MSME, DIPP, etc. are taking various initiatives to setup such facilities across the country. Over the last two decades, DST has provided over 250 crores to set up Science and Technology Entrepreneurs Park (STEP) and Technology Business Incubators (TBIs). The STEPs and TBIs are engaged in nurturing startups and, since 2008, few of them have also been provided support to the tune of Rs 60 crores to implement the seed support system (SSS) for start-ups in Incubators.

Biotechnology Industry Research Assessments Council (BIRAC) under DBT has provided funding of around Rs 677 crores to entrepreneurs, startups, SMEs and translational organisations since 2012. DeiTY, under a scheme for Technology Incubation and Development of Entrepreneurs (TIDE), supports 27 TIDE centres up to March 2017 in the area of electronics and ICT to strengthen the technology incubation centres at the institutions of higher learning.

The government also supports development of national manufacturing facilities and incubators through their scheme namely Support for Entrepreneurial & Managerial Development of Small & Micro Enterprises through Incubators. Government has also recently declared that it will develop a private-public partnership model for setting up 35 new incubators and 31 innovation centres in cities including Bangaluru, Chennai, Gurgaon, Hyderabad and Mumbai, to name a few.

To further create an enabling environment, various other fiscal initiatives have been taken-up by the government in the past couple of years including introduction of 100 per cent FDI policy to attract foreign investments in 2015; correction of inverted duty structure on import of raw materials for medical device manufacturing in January 2016; and notification of Medical device rules recently in February 2017.

The new rules have been framed in conformity with Global Harmonisation Task Force (GHTF) framework and conform to best international practices. Only 15 categories of medical devices are at present regulated as drugs and, to that extent, the current regulatory practices in India were not fully geared to meet the requirements of medical devices sector in the country. The new Rules seek to remove regulatory bottlenecks to Make in India, facilitate ease of doing business while ensuring availability of better medical devices for patient care and safety. These rules envisage creation of a robust ecosystem for all stake-holders including innovators, manufacturers, suppliers, consumers, buyers and regulators.

Indian medical device industry is worth over Rs 60,000 crore and countrys humungous import bill for this segment amounts to over Rs 23,000 crore (approximately $4 billion) while exports amount to only over Rs 7,000 crore ($1.1 billion). Indias import dependency on high-end medical devices is over 80 per cent. The global medical devices and technology market is expected to grow to $520 billion by 2020. The Indian market is among the top 20 in the world by market size, and fourth in Asia after Japan, China and South Korea. However, the per capita spend on medical devices in India is the lowest among the BRIC countries at $3 ($7 in China, $21 in Brazil and $42 in Russia). It is significantly behind developed economies like the US ($340). This current under“penetration of medical devices in India represents a sizeable growth opportunity.
The inflow of foreign direct investment (FDI) in medical devices was $90 million between December 2014 and August 2015, post the government permitting 100 per cent FDI under the automatic route. Several MNCs have been increasing their manufacturing footprint and locating research centres in India to serve both the Indian and global markets.

From the consumers perspective, it is imperative that apart from creating a favourable policy framework and support structure fostering medtech innovations in India, suitable steps also need to be taken in order to bring about a change in the mindset of all the stakeholders more particularly, the intended users of the devices.