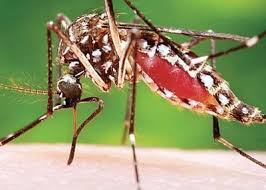 Dengue and malaria cases have registered a significant drop in Haryana this year as compared to year 2015 and no deaths have been reported so far due to chikungunya and other vector-borne diseases.

Haryana recorded 1,401 cases of dengue till Monday compared with over 5,200 in corresponding period of last year. The state has so far recorded 7,388 cases of malaria this year as against over 9,300 cases last year, said Anil Vij, Health Minister .

No death has so far been reported in Haryana due to chikungunya, dengue and malaria, whereas 10 persons lost their lives to these during corresponding period last year, he added.

The Health Department has issued 7,480 notices regarding stagnant water found in water coolers and pots.

Compared with neighbouring Delhi and Punjab, the situation in Haryana is better and under control, Vij said.