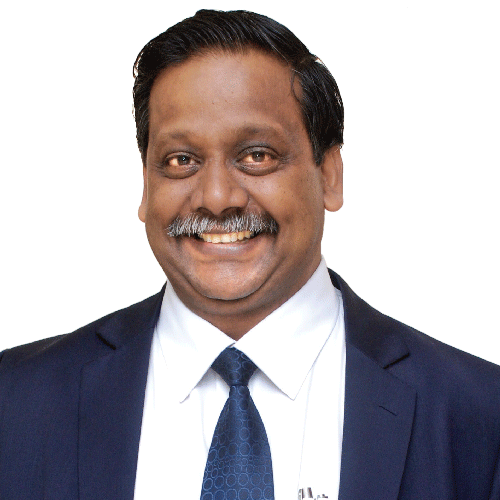 In an exclusive interview with Kusum Kumari of Elets News Network (ENN), Dr Sundeep Salvi, Director, Chest Research Foundation shares eye-opening data & statistics related to the growing menace of respiratory diseases amongst the Indian populations. He underlines the need to reform medical education and medical practices to include lung or respiratory related health challenges growing with rapid construction and infrastructural challenges in an emerging country like India

What are the main objectives of the Chest Research Foundation? Please provide details.

The Chest Research Foundation was started in 2002, with the sole intention of achieving two objectives. Firstly, we need to generate knowledge in lung diseases, which is one area lagging behind in comparison to other healthcare segments in India. Although India is witnessing a huge problem of respiratory diseases, there is no research taking place. Due to our massive dependence on imported knowledge, which may not be necessarily applicable in our country, lung diseases are witnessing lack of appropriate treatment. The Chest Research Foundation believes that we need to generate context based knowledge for India, which is different from other countries in terms of risk factors, nutrition, lifestyle, etc. There is a need to understand respiratory diseases locally. Secondly, there is no need of generating knowledge if it fails to reach the masses.

In brief, the Chest Research Foundation believes in imparting knowledge to healthcare providers and common people. The two founding pillars of our foundation are generation of knowledge and dissemination of knowledge. The overall objective of setting up the Chest Research Foundation was to relieve the suffering of people through research and education. Over the years, we have conducted many researches. Last year, we got Best Respiratory Team in South Asia award from the British Medical Journal (BMJ).

Currently, we plan to start a certificate course on asthma for training the trainers. The quality of care that a doctor offers in practice for both asthma and chronic obstructive pulmonary disease (COPD) is qualitatively poor. The medical practitioners are not offering the best treatment that is currently available due to various reasons. More than smoking alcohol, lifestyle diseases, etc., respiratory diseases are one of the biggest causes of suffering and death in India, more than smoking. We conduct regular workshops for both the trained and untrained medical practitioners.

Have you been able to make any impact at the national policymaking level as India now has around 13 most polluted cities in the world? 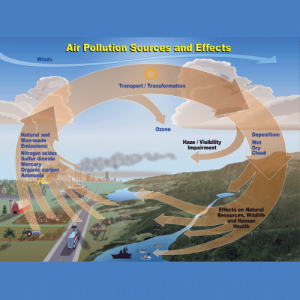 A committee with Dr K Srinath Reddy as the chairperson was established by the Ministry of Health & Family Welfare, Government of India to look into the issues of air pollution and the effects on health in India. I was part of the advisory board formed.

In 2015, we came up with a document, including suggestions for policy change, which is just being submitted to the Government of India. As such, there is another meeting that is going to take place. Following this meeting, all changes will start getting implemented in policies. However, such policy-level changes are from the air pollution perspective. From the respiratory disease perspective, POSEIDON Study is one study we hope will bring policy-level changes.

Overall, POSEIDON Study is perhaps one of the biggest studies ever done. It included a simple questionnaire that aimed at understanding real life situations. Despite the fact that 70 per cent of the healthcare is private practice and only 20 to 30 per cent is public practice driven, most of the healthrelated information is largely available from the government sector and no information is available from the private sector. Therefore, we wanted to know the larger picture.

The primary reason behind conducting POSEIDON Study was to determine the key reasons behind patient visits across India. Once we have the answers, we will be able to determine the common diseases afflicting the Indian population, and then we will be able to bring infrastructural changes to handle such problems. Additionally, our medical education, both for MBBS and non-MBBS, is largely driven by an age-old curriculum. A significant part of the curriculum is not relevant and contemporary. The curriculum should be at par with the world-level education. There is a need to invest more on research and development (R&D). Once we know the most common ailments afflicting the Indian population the most, we will be able to prioritise the investment money.

What methodology did you adopt to derive conclusions?

In order to determine the right findings, we have looked at all the factors of the disease spectrum that a doctor sees. Overall, we started with 13,250 doctors from 880 cities and towns of the country. We have tried including doctors from all the states and union territories. We got data for around 205,000 patients. Looking at the large number of doctors and patients involved, the POSEIDON Study has undoubtedly created a huge database.

We defined an urban city with a population of more than 1 million, which is the standard definition. During the study, we found that there were distinctive differences between those cities with 1 million population and those with less than 1 million population. For example, in Delhi, hypertension is the most common disease and the second most common disease is obstructive airway diseases, including both asthma and COPD. Personally, if you ask me what are the three most common diagnoses that the doctors make across India during the clinical practice, my answer would be hypertension, asthma and COPD.

In order to derive the right data, every doctor part of the study kept a record of every patient (private clinics, government clinics, private hospitals, government hospitals and healthcare providers) on a daily basis. Around 70 to 80 per cent of doctors who participated in the study were from private medical facilities and the rest 20 to 30 per cent were from the government facilities. We randomly selected 13,250 doctors who after examining every patient spent the next 20 to 25 seconds in determining the relevant answers in the questionnaire, which was prepared on the International Classification of Diseases (ICD) standard recognised by the World Health Organization (WHO).

What were the key observations during the entire study?

Firstly, almost half of the patients visit doctors for respiratory problems. In comparison to the national average of 50 per cent, 54 per cent of patients in Delhi visit doctors for respiratory problems, starting from the pediatric age group. The pediatric age group is 65 per cent and the adult is one of the highest across the country. The POSEIDON Study gave us a tremendous insight into the burden of respiratory diseases in India. There are 1.5 million registered doctors in India and on an average, a doctor sees about 25 to 30 patients a day. If we add up all these numbers, 35 million patients visit the doctors every day, which does not include patients who fall sick but does not visit doctors. Most of the patients presented with cough (about 30 per cent), which could be because of infection or also because of chronic lung diseases due to air pollution and other environmental factors. Unfortunately, we Indian have the lowest lung function values on the planet, according to the study published 2 years ago in Lancet Respiratory Medicine, where ling function values were compared between people from the United States (US), Southeast Asia, Europe and Atlantic. In comparison to the western populations of the same age, height and gender, we have lung function is 35 per cent. Our healthy people are worse than the Africans and Southeast Asians. This is something we need to start thinking seriously, probably because of the quality of care.

Q. What kind of impact do you expect out of the POSEIDON Study on the national policies?

The Government of India needs to accept the fact that India has got huge respiratory problems. Respiratory diseases have been till now largely neglected. The solutions will not come easily, as it is huge burden; therefore, we need to start undertaking aggressive measures, else the things might spiral out of control. For example, COPD is the second most common reason for deaths in India. For all these years, we believed that COPD was caused due to smoking; however, the fact to be underlined is that about 80 per cent of COPD cases occur in people who have never smoked, which is due to air pollution that they are exposed to. We need to have a national programme on respiratory diseases. Asthma, which is a big problem in growing children, has been spreading exponentially. Unfortunately, the total number of asthma cases doubles annually. Spirometry, which is the most important tool for checking respiratory diseases, is not available in most medical facilities. We need to make doctors look for respiratory diseases. For increasing the use of spirometry, which requires a lot of effort, doctors need to be trained on this and increase awareness about it. The Chest Research Foundation wants to be involved in suggesting solutions and recommendations at the individual, local and national levels.