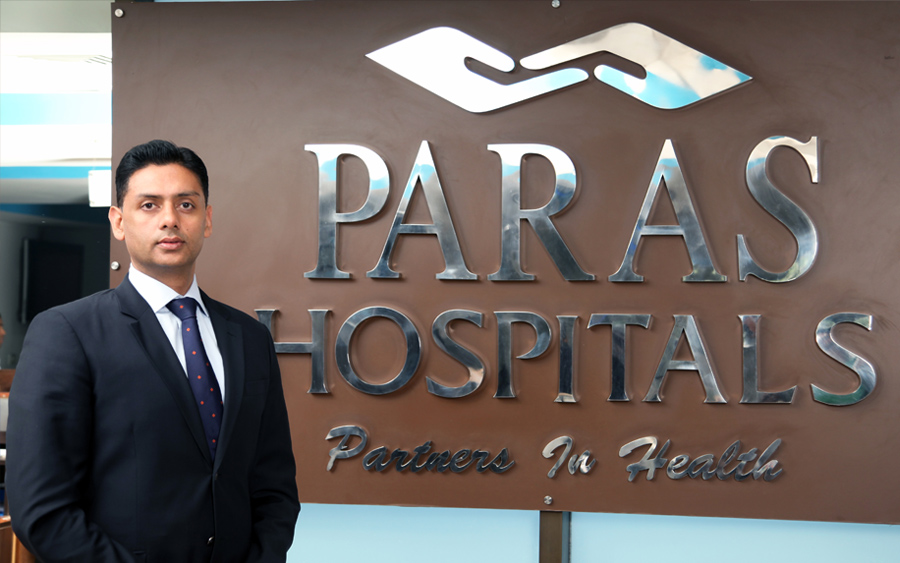 The need of the hour is to devise policies that put the government in the role of a catalyst or a facilitator to enable a large section of our people get access to quality healthcare, shares Dr Dharminder Nagar, MD & CEO, Paras Healthcare with Elets News Network (ENN)

For a long time now, there has been intense debate in India about the extent of role the government should play in providing essential services to citizens. The right-wing economists have long argued for the government to withdraw from services, and consolidate its position as a provider of infrastructure and facilitator. On the other hand, the Left-wing economists have maintained that in a country where more than half of the population lives in poverty, government cannot abdicate its role of providing essential services, such as healthcare and education.

When they set about the task of nation building, our founding fathers led by Prime Minister Jawaharlal Nehru modelled the countrys economy on the lines of the then powerful Soviet Union. The model favoured greater role of government in all activities of development, envisaging a strong public sector, and governments active role in industry, education and healthcare. However, in 1991, India reset its economic path and turned to greater liberalisation of goods and services, paving way for the emergence of a strong private sector that is today at the vanguard of many positive changes sweeping the country.

However, the debate on whether the government should continue to expand its role as a healthcare provider is still a hot topic.

To be fair, government hospitals and healthcare centres have been the lifeline of millions of people who live in rural and semi urban areas or cannot afford substantial out of pocket expenses at private hospitals. Institutions, such as All India Institute of Medical Science (AIIMS) and other government medical colleges, have also been at the forefront of producing some of Indias best doctors, leading researches and providing healthcare services to the population. However, such institutions are too far and too few to cater to the needs of all Indians.

Moreover, in rural and semi-urban areas, healthcare delivery at public hospitals continues to be less than satisfactory with shortage of doctors and supplies, as well as services crippling the system. Deficient infrastructure, shortage of manpower and unmanageable patient load are some challenges afflicting the public healthcare system in India.

“Deficient infrastructure, shortage of manpower and unmanageable patient load are some challenges afflicting the public healthcare system in India”

Private hospitals, on the other hand, are today an essential cog in Indias healthcare delivery. They not only serve to reduce patient load on public hospitals but also provide faster and more efficient services given their needs for profit and efficiency. However, the availability of private healthcare is not only restricted because of the costs involved, but also because of the fact that their presence is highly skewed in favour of urban areas. This brings us to the essential issue of greater need for the government and private sector to work in tandem through specially formulated policies to ensure healthcare delivery to all.

The goal of providing universal healthcare is a noble goal which successive governments have laid down in their agendas year after year. Many policymakers and experts view this as the governments intention of providing healthcare through public sector services to all 1.2 billion citizens of the country. However, given the limited resources of the government and the sheer enormity of this task, it would logistically not be possible for the government for years to raise the number of doctors, staff, facilities and supplies at government hospitals to this level.

The need of the hour is to devise policies that put the government in the role of a catalyst or a facilitator to enable a large section of our people get access to quality healthcare. Segmenting the population according to financial wherewithal and identifying sub-sets for different policy goals is the first step. While the government needs to maintain, improve and even increase its hospitals and primary health centres to provide free of cost healthcare facilities to people living below the poverty line, a number of other measures can be initiated to allow others get better access at private hands.

Dr Dharminder Nagar, MD & CEO, Paras Healthcare is a visionary leader with deep interest in healthcare and other issues. Post completion of his education from the top-notch & world renowned educational institutions, such as Imperial College of London, Birla Institute of Science and Technology and Harvard Business School, he has been actively working in the Indian healthcare sector as a decision-maker and thought leader. As a leader, who is totally aware of the key challenges afflicting the Indian healthcare sector, he has been actively participating on all platforms of the media to share his opinion and spread awareness.

Know the 10 ways to safe exercising during pregnancy

Mobile technology a boon for healthcare