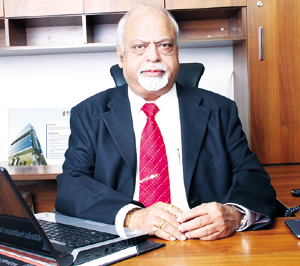 Healthcare industry in India is going through a massive changeover.Consciousness towards healthcare and increase in the income among all the classes, liberal pricing and most importantly the introduction of private sector finance has introduced a new dimension to itBy Kartik Sharma, ENN

Today no hospital can work without tying up with insurance companies. It is the major part of the healthcare business.Normally we receive insurance patients through Third Party Administrators (TPA).We carry out provisional diagnosis and find out what treatment is required then send notice to the concerned insurance company.Once we get the authorisation we go ahead with the surgery.
Then we prepare the discharge summary and pass it to the TPA who further passes it tothe general insurance companies. After the process, the payment is done in a particular time.

Health insurance, which traditionally has remained a less important sector,is now coming up as a major instrument to manage financial requirements of people to look for health services. In 1991, the new economic policy of liberalisation, privatisation and globalisation followed by the Government of India paved the way for privatisation of insurance sector in the country. The Insurance Regulatory and Development Authority (IRDA) bill, passed in Indian parliament,is the vital commencement of changes having major implications for the health sector. Yogesh Lohiya, MD & CEO, Iffco Tokio Genreral Insurance says, In a country like India, where the customers are price sensitive,Health Insurance Claims Management (HICM) plays a very vital role. Many have not opted for health insurance coverage as they feel the outgo is substantial and hence in case HICM contributes to reduction of premium,there exists a definite possibility of increasing the number of persons taking insurance.
Equally challenging is the process of health insurance claims management. Today, more and more people are inclining towards health insurance. At the same time, due to lifestyle related health issues, the health insurance claims are increasing tremendously. Every healthcare organisation today is challenged to process high volumes of claims quickly and accurately. However, hospitals, healthcare insurance companies and Third Party Administrators (TPA) are determined to accept this challenge.

Insurance package: Easy to claim
Generally the offerings by insurance companies are of two kinds “ one is the insurance at the individual rate and the other one is the insurance package. According to the industry experts, there are around 75 different kinds of predetermined insurance packages in market. This system of package insurance makes the process of claims easier and quicker. Hospitals need not to charge anything extra to the patients with the package because the package covers almost all the aspects.Tewari at Rockland Hospital opines that in these cases, it takes lesser time to the hospitals to prepare the time line and the cost of the treatment, whereas insurance companies generally take no time to approve the insurance claim. Today, in almost 80 percent of the insured treatment cases are under package insurance and that makes the health insurance claims management faster.

Medical tourism
Medical tourism is different from the conventional model of international medical travel where patients normally travel from less developed countries to developed countries for medical treatment.
Medical treatment in India is advantageous because it consists of reduced costs with the availability of latest medical technologies, and international quality standards. It is a growing sector in India. According to a survey, Indias medical tourism sector is expected to experience an annual growth rate of 30 percent,making it a USD2 billion industry by 2015. Approximately 150,000 of these people travel to India for healthcare procedures.So, it is not by accident that medical tourism is briskly growing in India and the insurance companies are welcoming it. Tewari explains, Western world sees a huge opportunity in India. It is mainly because of the big cost deferential. If the ensured person comes from a western country his cost of treatment along with staying in a five star hotel and flight tickets is extremely lesser than the total expenditure in his own country. This benefits the patient as well as the insurance companies as now they have less amount of claim to pay.Indian hospitals are getting a huge amount of business through medical tourism. This new system also gives a huge business to aviation industry. So, if we combine the aviation, hospitals and the insurance companies the nomenclature changes from medical tourism to medical travel.
He adds further by saying, The growth of medical travel in India is exemplified by the growing business of the hospitals in Delhi/NCR region where every hospital is reporting a 100 percent growth. Earlier when medical travel used to be four to five percent now it is about 25 percent of a hospitals business.

Future prospects
Currently, the insurance companies are facing a huge challenge of losing money, and this is a global phenomena. The number of people getting insured is increasing. Generally in the hospital where the billing for insured people supposed to be around four to five percent has now increased to more than 20 percent and it is continuously increasing. This phenomenon is more in urban scenario for time being,but the private sector is also tracking rural market gradually.
With lifestyle diseases on the rise and treatment getting expensive, the cost of health insurance is prone to go up. The only way to control this is to prevent the lifestyle disease in the first place. With almost all the healthcare systems catering to curative treatment, focus has to shift to preventive healthcare and management,says Lohiya at IFFCO Tokio General Insurance Company

Government is also a trending sector in health insurance. Government departments will get all its employees insured. Tewari says, Today, there are so many limitations in the Central Government Health Insurance Scheme (CGHIS), Universal Health Insurance Scheme (UHIS). Taking Government employees in the periphery of private insurance will give them more options to get admitted in the hospital of his own choice, and the insurance claim process will also be cut short due to less formalities. This will also allow Government to cut short the expenditure over its employees. Because of the large number of people working in Government sector, it has bulk customers. Private insurance companies and hospitals will tie up with Government in lower premiums and fees respectively.And the assured payment is one major reason for private players to tie up with Government.