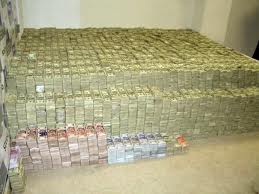 New Delhi: The government is all set to announce the new pharmaceutical pricing policy next week. The Cabinet on Thursday approved the recommendations of the Group of Ministers (GoM), headed by Agriculture Minister Sharad Pawar.

“The National Pharmaceutical Pricing policy has been approved by the Cabinet with an objective to put in place a regulatory framework for pricing of drugs to ensure their availability at reasonable prices,” an official source said.

The Cabinet approved the proposed cap on the prices of 348 essential medicines based on a simple average method, instead of the earlier proposal for going for a weighted average price.

Accordingly, the price of the medicine will be finalised at the arithmetic average of all drugs in a particular segment with more than one per cent market share, as suggested by the GoM.

At present, the government through the National Pharmaceutical Pricing Authority (NPPA) controls prices of 74 bulk drugs and their formulations.