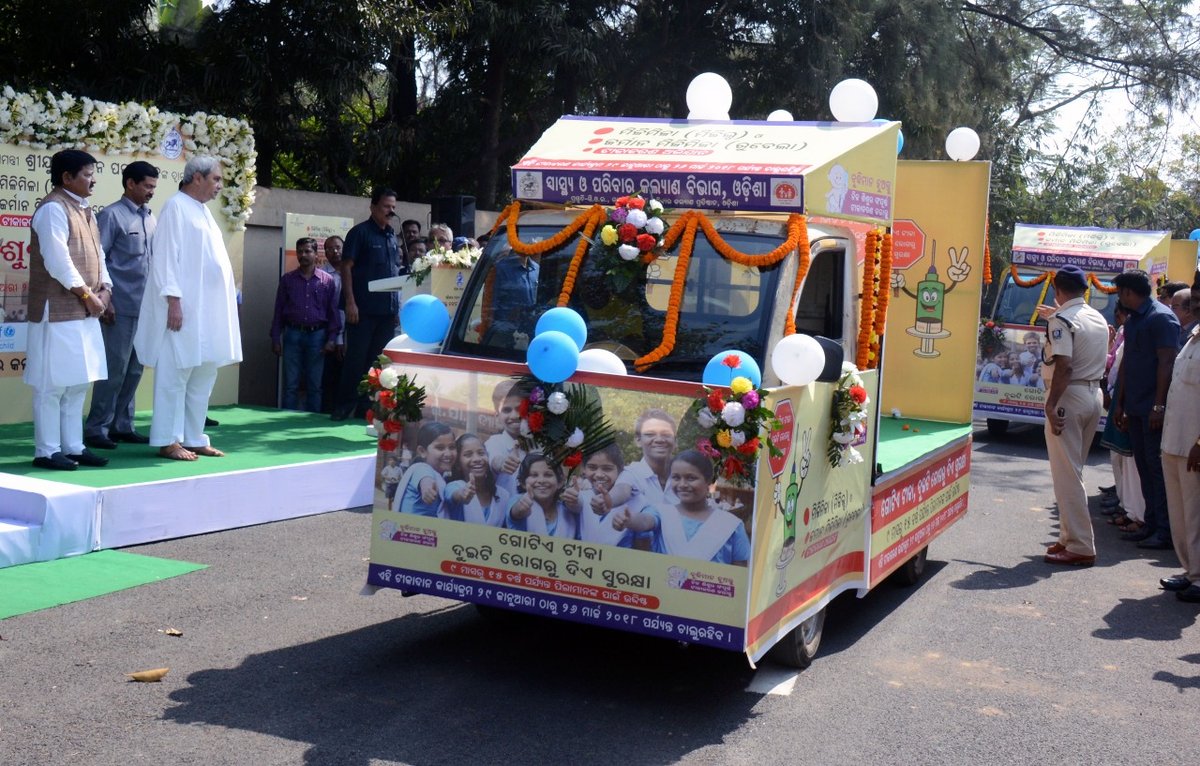 Odisha Chief Minister Naveen Patnaik flagged off the Measles-Rubella Vaccination Campaign in the state on Monday. The campaign aims to eliminate transmission of the diseases like measles and rubella from the community by vaccinating children with MR vaccine. The Measles-Rubella vaccine is being introduced for the first time under immunization programme in Odisha.

Under this campaign nearly 1.13 crore children will be vaccinated between nine months to 15 years of age group.

For successful implementation of the programme, the Health and Family Welfare Department has collaborated with school and mass education, ST and SC development, panchayat raj, housing and urban development departments.

Collectors have been sensitized to conduct the campaign at the grassroots and dedicated nodal officers are nominated for monitoring district level MR Vaccination Campaign activities.

After the MR Vaccination Campaign, MR Vaccine will replace Measles vaccine in the routine immunization programme, said Pratap Jena, Health & Family Welfare Minister during the launch of the programme. He urged all to work for total success of the campaign and ensure no child is left out.

During the inaugural programme Pramod Meherda, Secretary of Health & Family Welfare department, Shalini Pandit, MD, NHM “ Odisha and other senior officials of the department were present.