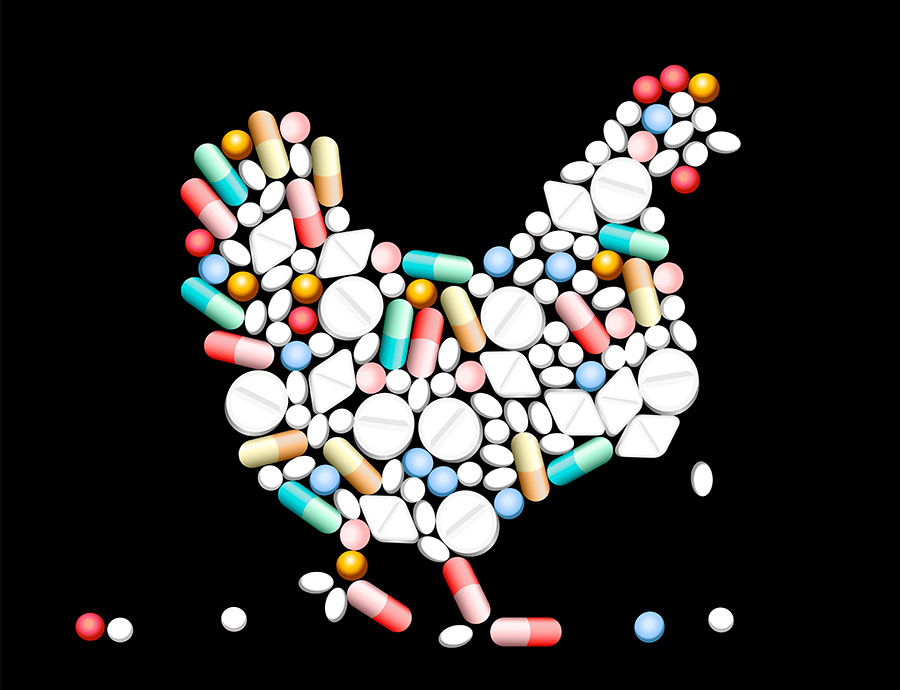 In a move to ensure that the residue of antibiotics in meat does not lead to the development of antibiotic resistance in human pathogen, thus posing a threat to human health, the Food Safety and Standards Authority of India (FSSAI) has capped the permissible limit of antibiotic use in food from animal sources.

The draft FSSAI notification has set the maximum permissible limits of use of antibiotics in chicken at 37 along with 67 other veterinary drugs.

Globally, use of antibiotic and pharmacologically active substances are prohibited in food stuff of animal-origin including fish and fisheries products, the notification said.

The Government has invited comments from the general public within 30 days of the notification of the amendment to the Food Safety & Standards (Contaminants, Toxins & Residues) Regulations, 2011.

A scientific panel of the FSSAI on residues of pesticides and antibiotics will review the objections and suggestions received for consideration.

The recommendations of the scientific panel will then be considered by the scientific committee and the food regulator for approval. The amendment will then be notified in the Gazette of India with the approval of the Ministry of Health and Family Welfare.