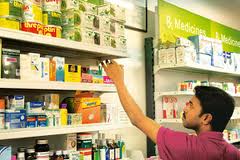 “Major manufacturers and importers of diabetic drug insulin such as Eli Lilly, Cadila, Lupin, Biocon had applied for upward revision in the retail price of insulin,” said the drug price regulator.

On July 19, 2012, the NPPA had fixed prices of 154 different drug formulation packs including vitamin C and its derivatives.

According to the NPPA, drug formulations containing vitamin C and its derivatives had been revised on suo-moto basis to pass on the benefits of reduction in bulk drug prices to consumers as manufacturers had failed to send the price revision application to NPPA within the stipulated time.

In those cases, the prices have been reduced from 0.12 percent to 37.76 percent of the existing price, resulting in lower prices for Vitamin C formulations, which will benefit the consumers, NPPA said.

The decision is likely to impact drug makers like GlaxoSmithKline, Piramal and Pfizer.