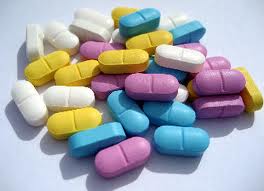 According to Indian Pharmaceutical Alliance (IPA) the pharmaceutical industry has agreed in principle to enforce a code that will restrict them from offering gifts or other sops to doctors in order to prescribe their medicines.

“We have expressed our in-principle agreement for the enforcement of the code as actions of a few companies have been blemishing the image of the entire pharmaceutical industry,” IPA Secretary General D G Shah told.

Shah further said the department has also agreed to fine tune the existing code in order to make it more practical and implementable.

When asked specifically on what the amendments could be, he cited the feasibility of getting signatures from doctors for every medicine sample provided under the existing code as “difficult to implement”.

“There are other issues as well which need to be fine tuned. Moreover, it was also discussed as to whether there should be an independent ombudsman for the enforcement of the code or should it be under the government control,” he said.

IPA has suggested there should be an independent ombudsman and the Department of Pharmaceuticals has asked other industry bodies to come back with their suggestion within a week, Shah added.

On the timeline for enforcement of the code, he said: “It could take about three months to get the infrastructure ready for the implementation. So towards the end of the year we can expect the code to come into effect”.

Comments from Organisation of Pharmaceutical Producers of India (OPPI) and Indian Drugs Manufacturers Association (IDMA) could not be obtained.

Last year, Department of Pharmaceuticals had formulated a voluntary marketing code with an aim to end the alleged practice of pharmaceutical firms giving incentives to doctors to prescribe their medicines.

This is stated to be due to the fact that drug makers cannot advertise their prescription drugs and the same drug is marketed under various brand names by various firms.