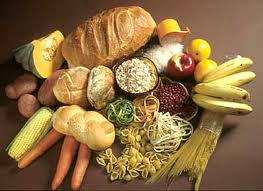 A recent European study reveals older women who eat a lot of starchy and sweet carbohydrates may be at increased risk of a less common but deadlier form of breast cancer.

The findings from a study of nearly 335,000 European women, published in the American Journal of Clinical Nutrition, do not prove that sweets, French fries and white bread contribute to breast cancer – but they do hint at a potential factor in a little understood form of breast cancer.

A high glycemic load essentially means a diet heavy in foods that cause a rapid spike in blood sugar, such as processed foods made from white flour, potatoes and sweets.

The study, conducted by Isabelle Romieu of the International Agency for Research on Cancer in Lyon, France, looked at nearly 335,000 women who took part in a long-running European study on nutrition factors and cancer risk.

Of these, 11,576 developed breast cancer over a dozen years. Overall, there was no link between breast cancer risk and glycemic load, as estimated from diet questionnaires the women completed at the study’s start.

But the picture changed when the researchers focused on postmenopausal women with ER-negative cancer. Among women in the top 20 percent for glycemic load, there were 158 cases of breast cancer, versus 11 cases in the bottom 20 percent – a 36 percent higher risk.

ER-negative tumors account for about one-quarter of breast cancers. They typically have a poorer prognosis than ER-positive cancers because they tend to grow faster and are not sensitive to hormone-based therapies.

Christina Clarke, a research scientist at the Cancer Prevention Institute of California in Fremont, and a consulting assistant professor at Stanford University, said the results are interesting because so little is known about what cases ER-negative breast cancers. Most breast tumors have their growth fueled by estrogen.

Diets with a high glycemic load are associated with a bigger secretion of insulin, a hormone that regulates blood sugar. High insulin levels, in turn, have been linked to certain cancers, possibly because insulin helps tumors grow.

The current findings hint at a role for “insulin pathways” in ER-negative breast cancer, Clarke said, adding that more research definitely needs to be done.

She noted that while there is no single factor in any woman’s risk of breast cancer, the findings offer more incentive to eat a balanced diet that limits refined carbohydrates in favor of healthier fare – like lean protein, vegetables, “good” fats and high-fiber grains.