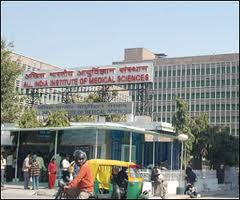 The All India Institute of Medical Sciences (AIIMS) has conducted a  study that says that water-borne Hepatitis E was the basic cause of acute liver failure in nearly 60 percent of pregnant women.

Hepatitis E, a preventable disease, is transmitted mainly through contaminated drinking water and can lead to death by triggering acute liver failure. Post failure, the liver is not able to remove toxic substances in the blood. The two-decade study closely examined over 1,000 consecutive patients admitted at AIIMS from Jan 1986 to Dec 2006. It compared the progression of Hepatitis E in pregnant women, non-pregnant women and men in the age group 15-45 years.

We found that Hepatitis E was the causative agent of acute liver failure in among 60 percent of pregnant women and girls. However, the virus caused acute liver failure in only 30 percent non-pregnant females, S.K. Acharya, head of department, Gastroenterology at AIIMS, said. Among men, only 23 percent were affected by liver failure caused by Hepatitis E, said Acharya, who is also the co-author of the study. Hepatitis is an inflammation of the liver, most commonly caused by a viral infection. In the study, 249 pregnant women were compared with 341 non-pregnant females and 425 males.

Pregnant women may be more vulnerable to infection by Hepatitis E virus. The mortality rate among hepatic pregnant women was found to be over 50 percent, the study noted. The study puts pregnant women at an increased vulnerability to Hepatitis E, leaving them with more cautions to follow on hygiene, safe drinking water and sanitation.

There is a general liver insufficiency or weakness during pregnancy. So, Hepatitis E virus has a higher attack rate and progression in pregnant women, Acharya explained. There are five main Hepatitis viruses “ types A, B, C, D and E. Other than viral infection, Hepatitis is also caused by alcohol, drugs, and chemicals, fatty liver and autoimmune disease.

According to World Health Organisation (WHO) estimates, nearly 5 million people will lose life due to viral Hepatitis over the next decade in Southeast Asia. The UN health agency says that Indian subcontinent, China and other countries in Southeast Asia bear the highest burden of acute liver failure. The study bears out the WHO statistics, adding: Although pregnancy does not grant increased susceptibility to Hepatitis A, B, and C viruses. Pregnant women may be more vulnerable to infection by Hepatitis E virus.

However, rather than waiting for a vaccine, experts say the preventive measures come handy and help in preventing the disease to a great extent. The vaccine for Hepatitis E is still in the pipeline, but the issue is that all causes of Hepatitis E are very much preventable, said A.S. Puri, professor with Department of Gastroenterology at G.B. Pant hospital. The virus is transmitted through faecal-oral route, contaminated drinking water which all reflects poor sanitation, Puri said. According to WHO, China has produced and licensed the first vaccine to prevent Hepatitis E. The vaccine is yet to be available globally.