A leader, who is determined to bring about positive changes in Indias healthcare scenario, Rajendra Gupta has done a lot for creating awareness among the masses. Here is a look on his journey that has led to his becoming the president of DMAI 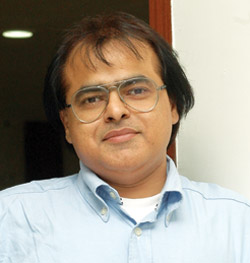 Rajendra Pratap Gupta is an original thinker and an innovator. He became the Chief Operating Officer of a MNC chain within 7 years of starting his career. In his 8th year he became the member of the Board of Directors, and in the 9th he was the CEO. In the 10th, he got appointed as the Vice Chairman. One can certainly draw the conclusion that he has climbed the corporate ladder really fast. He is the first non USA citizen to be nominated to the prestigious board of the Care Continuum Alliance, USA.

Often, policy makers across political parties reach out to Rajendra Gupta to seek his inputs, not just on healthcare policy but on diverse issues concerning the economy. In 2009, he had the unique distinction of being the youngest author of the first draft of the election manifesto of a leading political party for the general elections. He has also advised policy makers on implementation of healthcare in India, Middle East and Europe. Healthcare reforms agenda that he authored in 2009 has been implemented by the state of Chhattisgarh and appreciated by Planning commission and the Ministry of Health & Family Welfare. Most of the new healthcare policies are picked up from the document.

In 2009, he became the youngest Chairman of the International Telemedicine Congress. A recipient of the Young Global Achiever award and many other awards in India, Rajendra Gupta sits on the boards of major industry organisations and several healthcare and retail boards across USA, Europe and India.

Rajendra Guptas mother had a T4 stage cancer and the family was fast running out of funds to continue her expensive treatment. The only choice he had was to leave his studies and get into a job. As a graduate in science, he applied in pharma and healthcare companies and ended up being in the Healthcare Sector.

Over the past 15 years, he has had the rare opportunity of working for pharmacy retail chains, hospital chains, pharmaceutical boards, telemedicine companies and diagnostic companies. He still continues to learn and make contributions to the diverse verticals of the healthcare sector. He has advised the policy makers, not just in India, but across UAE and Europe, on issues related to healthcare and reforms.

He is filled with the belief that starting point has to be the creation of mass awareness. This can only be done through the coming out of local studies, evidence based guidelines for all age groups and all major and minor treatment for chronic as well as acute ailments. India needs to implement the work force and wellness guidelines. India still lacks an epidemiology study which was provisioned in the budget of 2010, but is yet to be implemented. Preventive care with POC and instant diagnostics need to be focused.
Also, our policymakers need to re-define the role of private players and the government. The government needs to move from being a provider of care to regulator and a part-financier for healthcare. When it comes to healthcare, the focus should be on child health, womens health, and Fix the chronic care delivery and rural healthcare system.

Rajendra Gupta believes that, Healthcare without technology is like a human body without a nervous system. Policy makers need to work with solution providers and come out with technology applications for the entire healthcare delivery system. Unfortunately, the country does not even have a qualified technical person in the Union Ministry of Health & Family welfare. This needs to change, says Rajendra Gupta, the Government must appoint a CTO (Chief Technology Officer) for Health, like Aneesh Chopra in the USA and Nandan Nilekeni in UID. The nation can do wonders with healthcare implementation if we use technology in healthcare delivery with systems from mHealth and telemedicine.

Healthcare for all has been talked about since the Bhore committee report in 1946 and then in 1980s. We wanted to achieve the healthcare for all by the year 2000, and now, in 2012, we are still talking about Healthcare for all (Universal Coverage). But the strategies and the people driving the plan are the same. Unless we change the very scheme of things, Healthcare for all, will remain an elusive dream. 65 years have passed and we seem to be repeating the same statements. We are failing even on the MDGs, says Rajendra Gupta.

DMAI (Disease Management Association of India) recently organised a mega healthcare camp for about 50,000 people in Ajmer. The success of the camp provides a good template for the government to implement mass screening plan nationally. In the plan the resources could be allocated to the private sector. This could be the single best step in the interest of preventive care and mass screenings that government has already announced, but failed to successfully ute as the 20 crore (200 million) diabetes and hypertension screening to be done as announced by the Union Health Minister. Insurance industry for healthcare needs a re-look to create monetary faith in the healthcare industry.

It is time to be more innovative in rural healthcare delivery, says Rajendra Gupta. Currently the healthcare system is not yielding the right results. However, a new Health CTO may revolutionise the way healthcare processes run in India.