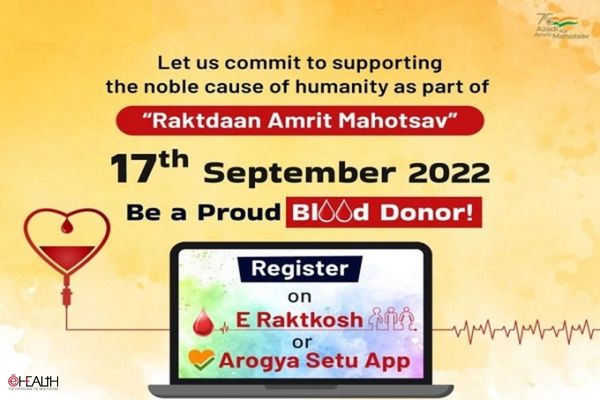 The mega drive’s goal is to donate 1.5 lakh units of blood on September 17, shattering the previous record for the most blood donated in a single day, according to an official source. The birthday of Prime Minister Narendra Modi falls on September 17.

The amount of blood that can now be stored in India is approximately 1.5 lakh units. Blood won’t be drawn but participants will still receive certificates if the number of participants is too high. Under the “Raktdaan Amrit Mahotsav” initiative, registrations for voluntary blood donation have already started, on the Aarogya Setu portal. This initiative urges individuals to donate blood and support the prime minister’s vision for mankind.

The campaign is being started to raise awareness about the importance of routine unpaid blood donations and to make sure that everyone has access to, and can afford, blood and its components, according to an official. Right now, there is a massive imbalance between the supply and demand for blood. According to statistics from 2021, there were 1.46 units in demand for every 1.25 crore in supply. Blood banks or other organisations organising the drive will have access to the Aarogya Setu App users’ data through the e-RaktKosh online platform, according to the source.