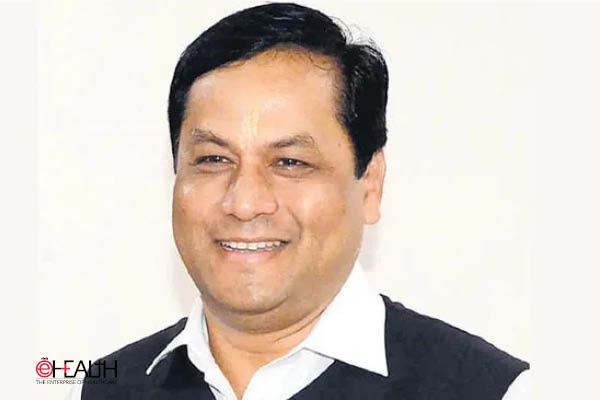 In a bid to boost the traditional medicinal practice including Sowa Rigpa, Ayurveda, and Naturopathy in the state of Sikkim the Union Minister for Ayush and  Ports, Shipping & Waterways Shri Sarbananda Sonowal announced a slew of major initiatives.

According to an official communication by the Ministry of Ayush, the Minister announced that an International Yoga & Naturopathy College will be set up in Sikkim which will boost the medical tourism sector in Northeast India. Underlying the importance of Sowa Rigpa & its further exposure among people for enriching their quality of life, a 30 bedded Sowa Rigpa Hospital is going to be set up in Sikkim. Furthering the Ayush initiatives in the Northeast region, the Union Minister announced the setting up of Yoga & Wellness centre at every Gram Panchayat level in the state along with an Ayurveda Medical College under the Satellite Institute programme in Sikkim. Highlighting the importance of Ayush-based growth in the region, the Union Ayush Minister also said that the Ministry is exploring the possibility to set up a Research Council for Sowa Rigpa.

The Union Minister along with other dignitaries virtually inaugurated the Sowa Rigpa College Building at NIT in Deorali, Gangtok.

Speaking after the event, Shri Sonowal said that the beautiful state of Sikkim has much to offer to heal human health & soul and we have much to gain from the rich heritage of Sowa Rigpa. He said that all the traditional Indian medicinal practices can offer tremendously along with the modern medicinal practices to enrich human lives & improve the quality of lives of people.

Adding further about the role of Ayush in the Northeast, Sarbananda Sonowal said, “Ayurveda & Yoga has given a tremendous fillip to the stature of India on the global stage.  we are confident that other traditional Indian medicinal practices will further embolden this achievement of India. Our great nation – India – has been known to heal both health & spirit since time immemorial. Northeast is the new engine of growth for India. Our rich flora can help rejuvenate the Ayush-based growth in the region. We are taking steps to create a platform for the tremendous potential that Ayush has in Northeast India. We are confident that Sikkim and all of Northeast will seize this opportunity and become major stakeholders in unlocking the economic potential.”

The Chief Minister of Sikkim, Prem Singh Tamang said, “The practitioner of traditional medicine have substantial knowledge of herbs and their effect on healing organically. Sowa Rigpa is one of the oldest and well documented medicinal traditions in the world. The people of the Himalayan region have been using this since time immemorial and its prevalence in treating & healing is still strong among this region as well as in Sikkim.”