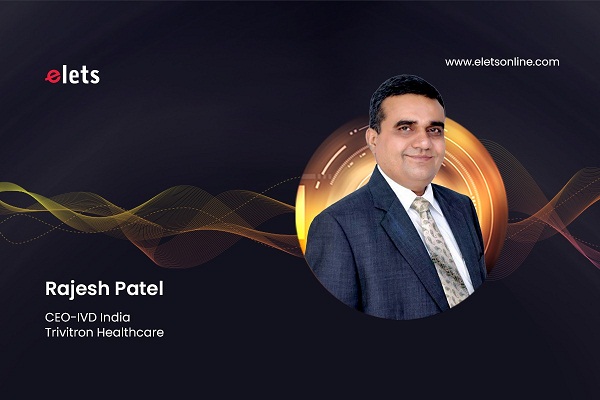 The birth of a newborn brings happiness and a smile to the face of parents. Most of the babies are born healthy, while some babies are born with serious but treatable medical conditions if diagnosed early.

Many children inherit genetic diseases from their parents and this makes them prone to develop this disease later in their life. Certain disorders can affect newborns and these are not apparent at the time of the baby’s birth, and these disorders have the potential to cause damage to the neurological, cognitive, and physical growth of the child.

Early diagnosis, treatment, and management with newborn screening can help to save the newborn. Hence, Newborn Screening is a preventive pediatric screening service provided to all newly born children to assess the possibility of genetic disorders in the area of “Inborn Errors of Metabolism”.

Globally, Newborn Screening is mandatory in all developed countries like the USA, Europe, Japan and Russia as the government carries the program free of cost as part of their health initiative. Among the developing countries, newborn screening is quite advanced in China with four parameters compulsory screening being fully paid by the government. In India, out of the approximately 2.7 crores of new births in India, there are an estimated 16 lakh babies that are born with birth disorders including 6.2 lakh babies diagnosed with genetic defects.

• A child born with inborn errors can be detected in its early stages.
• Help detects potentially fatal or disabling conditions in newborns.
• The screening allows the medical experts to identify and treat certain conditions before they make a baby sick.
• Most babies who are identified with diseases at birth can be treated early and this helps them to grow up healthy with normal development.
• Improvement of Neonate patient’s physical health, IQ as well as the quality of life of the entire family
• Enabling prevention of the birth of further affected children which reduce the parent’s anxiety
• Parents can save huge costs on not only special education of their diagnosed children but also from expensive medical treatments and additional healthcare services

1. This is a simple and safe test in which trained medical experts will use a filter paper to collect the baby’s blood sample.
2. In the Heel stick test, the baby’s heel is pricked to collect a small sample of blood.
3. Parents can hold their babies during the test.
4. The drops of blood are put onto a filter paper card to create dried blood spots.
5. The newborn screening card is then sent for analysis.

When does the screen happen?

• The heel stick blood test is performed when a baby is 1-2 days old.
• Timing is very much important as if certain conditions can remain undetected if the sample of the blood is taken before 24 hours of birth.
• Withdrawing blood after 48 hours can cause a delay in detecting life-threatening conditions.
• The filter paper card in which the sample is collected must be stored in sterile conditions to prevent any interfere with blood spot analysis and results.

At the moment, newborn screening is an affordable preventative public health initiative. Every year, around 27 million infants are born in our country. Hearing problems and congenital cardiac abnormalities are predicted to affect roughly 4:1000 and 5:1000 people, respectively, whereas IEMs is projected to affect approximately 1:1000 people in India. Many children acquire mental retardation, learning impairments, autism, dyslexia, behavioural abnormalities, and scholastic backwardness later in life if they go undetected and untreated. There is also a significant financial and emotional strain on the parents to detect, treat, and manage these children.

The Central Government included New Born Screening into programmes such as the ‘RashtriyaBalSwasthyaKaryakram (RBSK),’ which is run by the Departments of Health and Women and Children. According to WHO, the significance of NBS is equivalent to that of immunisationprogrammes since it covers a wide spectrum of illnesses that may impair the child’s health in the future.

Government and private institutions must collaborate and create avenues to raise awareness among the general public and new parents about the new advanced technology for newborn screening.

Over the last decade, India has evolved and improved by implementing newborn screening in government hospitals to test for metabolic and genetic diseases. This has been possible due to the steps and initiatives undertaken by the government. Going forward, the government should make it a constitutional duty not only to significantly lower infant death rates but also for a safer and healthier tomorrow.